Home > Economy > Inflation: consequences and impact on your money explained

Inflation: consequences and impact on your money explained

Inflation affects your money, and we can distinguish four ways 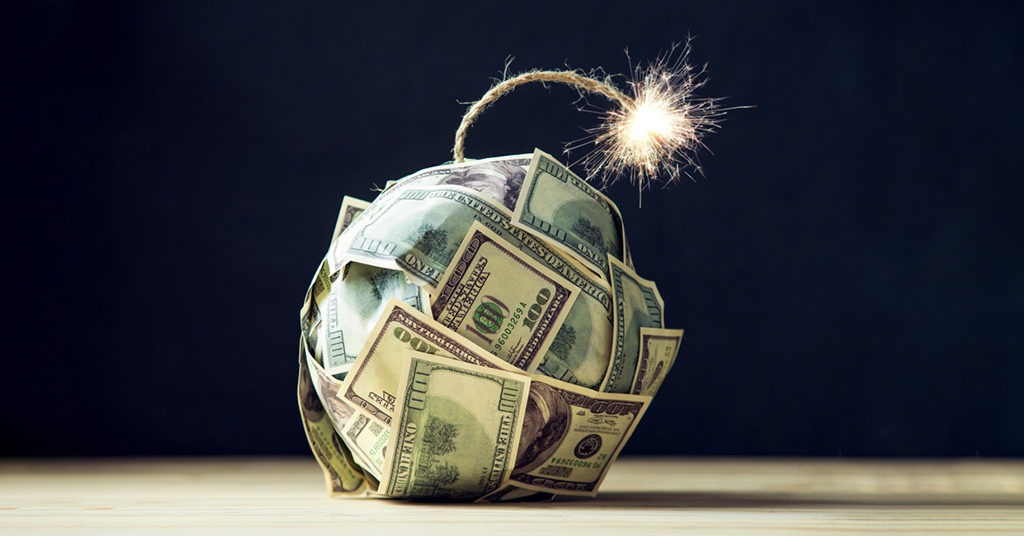 Inflation: consequences and impact on your money explained. Source: shutterstock.com

Inflation, in simple terms, is when the price of products and services rises (usually constantly). It means you cannot buy the same amount of items/services for the same cost, as you used to.

How to measure inflation?

The official measure of inflation in the United Kingdom, for example, is the Consumer Price Index (CPI). These statistics are published by the Office for National Statistics (ONS).

This executive office collects data on the current prices of more than 700 products and services, which are considered to be goods from a “market basket”, also known as the commodity bundle. It usually contains multiple items in daily use and the most popular services (from morning cereal to plane tickets). The ONS matches the prices of items that are offered by different retailers (typically around 180,000 prices).

The next step is to compare current prices to those from a year previously. Naturally, the same items from the same categories are compared. The difference in prices is converted as a percentage value. These numbers are called the “inflation rate”. This is not rocket science here, so when the inflation rate is 2%, it means that products and services are merely 2% more expensive now than compared to the year before.

It is interesting to note that not every item is susceptible to inflation in the same way. This is attributable to the fact that the CPI treats a product more when people spend more on it. Therefore, the price of gas affects the rate more than the price of cotton buds.

Moreover, there is another inflation index – CPIH, which is a more extended version of the original one.

Talking about indexes, there is another obsolete one called the Retail Price Index (RPI). The RPI was the former main inflation-measuring index, but now it is out of its formal use (from 2013, to be accurate). Nevertheless, the ONS still uses it in some individual cases, such as determining interest rates on student loans, and some others.

Generally, the inflation index method of inflation measuring is not very different worldwide, and the CPI (or its ilk) method works in multiple countries’ economies, such as the USA, France, UK, Germany, Russia, etc.

What is that to me?

Inflation affects your money, and we can distinguish four ways:

As we have mentioned above, inflation is when you can’t buy the same amount of items/services for the same cost as you previously paid for them. Thus, if your income (wage, pension, honorarium, etc) doesn’t rise with inflation, it means your funds lose value on a regular basis and you’ll probably find it harder to cover your usual costs.

For instance: you used to earn $50,000 per year, while the current inflation rate, let’s say, is 3.1%. It means your salary must increase by $1550 to keep pace with continually rising prices.

Some state benefits are linked to the CPI, and we are talking about different retirement plans, Social Security benefits (like Attendance Allowance in the UK), and other social benefits programs worldwide. Many programs prefer to use a “freezing” personal account system, which means they do not change interest rates (savings scheme) or do not increase payment/subsidy amount until a specific (agreed beforehand) date. This is where you can lose some money.

Well, it’s simple. Many student loan programs are tied to inflation rate indexes or measure systems (like RPI in the UK, as we have mentioned above). So, when taking on a loan always consider amending the total cost (apparently, adjusted not downwards).

4. Your savings, mortgage, and other accounts

The same situation applies here. Savings/mortgage accounts are always about how much interest you’ll pay. Here’s how you might be affected if the inflation rate rises:

The opposite may happen if the inflation rate drops.

Now in simple terms: high inflation is typically good for savers and bad for borrowers. And vice versa.

An excessive money supply, to be precise. Inflation can occur (and mostly happens) when the current money supply outpaces economic growth. The more bills are issued by a government – the less the currency value will be.

Exchange rates increase exposure to the national currency and hence affect the economy of the country. It would be wrong to say that this factor causes inflation directly (like excessive money supply, or substantial national debt), but it can definitely make an existing inflation situation worse. In this case, foreign (harder) currencies become more valuable. This, in its turn, invalidates a local currency. The extent of local currency invalidation, and consequently inflation, depends directly on how large foreign (harder) the currency swing is. Anyway, robust economies tend to overwhelm even big exchange rate leaps.

Massive lending can lead to an increase in the amount of virtual money. Let us simply remind ourselves of the major reasons for the financial crisis of 2007-2008 and a global recession arising out of it. Massive lending, subprime mortgage loans, adjustable interest rate mortgages, overwhelming debts (compared to much lower incomes), and, of course, insolvency (the lack of ability to make good on your debts) have proven their ability to plunge countries, and even the whole world, into crisis. Many recessions, in turn, went toe-to-toe with inflation.

Apparently, the high national debt is not a good thing. In addition to its “primary functions” (detrimental ones, of course), it can also cause rising inflation. It is easily explained since a government has only two options in the face of high national debt: the first option is to raise taxes, while the second one is printing more banknotes to pay off (paradoxically) this very debt (see “The money supply” paragraph).

Neither of these two solutions is really beneficial. Taxe rises would force major businesses to raise their prices to cover new higher taxes, while smaller firms’ survivability becomes a contentious issue overall. What about the latter option? It was described in “The money supply” paragraph, and it is a straight ticket to the devaluation of a currency.