Major risks to US economy explained 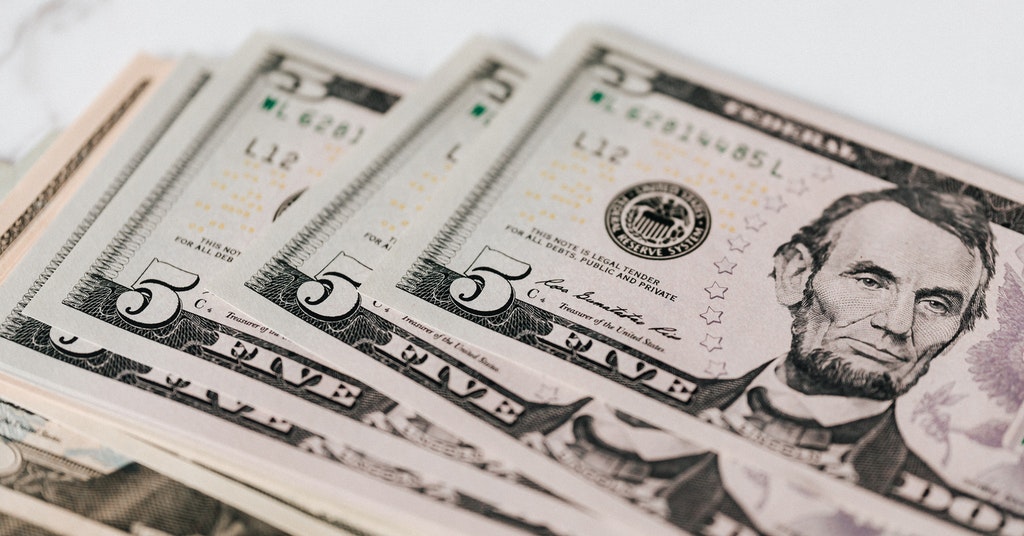 The economy of the United States has been recovering since the 2020 crisis at one of the fastest rates globally. In fact, the country has already exceeded pre-pandemic growth levels. However, the nearest forecasts remain controversial.

The current inflation rate in the US is 5.4%, which is the highest number registered for the last dozen years. Rising prices impact the cost of living, doing business, borrowing money, mortgages, corporate, and government bond yields, and other economic aspects. The steepest price surges have affected accommodation, food, energy, and new vehicles. However, due to stimulus money, current inflation hasn’t had a dramatic effect on consumer spending power yet. In fact, high inflation is caused by the higher demand on services and goods. Hopefully, the price rise is temporary and won’t exceed the affordability level. And yet, it still bears some dangers.

Namely, if inflation gets out of federal control, USD will lose its value. That will have global effects, as the greenback is the global reserve currency. Controlling inflation has its drawbacks too. When inflation is too high, the Federal Reserve typically raises interest rates to slow the economy and bring inflation down. This method is the most powerful. However, hiked interest often drags the economy into a recession. Considering the ongoing pandemic crisis, this scenario may bring more troubles than previous recessions. So far, inflation is far from dangerous levels, but the government should watch it carefully.

Due to the growing demand for goods and services, many businesses have new job openings. At the same time, the country isn’t witnessing any rush of potential candidates. On the contrary, the US is now dealing with major worker shortages. Many laid-off workers don’t want to go back to their old jobs. Some of them are afraid of possible health hazards and prefer working at home. Others are homeschooling their kids on a full-time basis, since remote education isn’t always effective. Finally, unemployment benefits and stimulus checks gave many Americans the time and the financial cushion to rethink their careers and realise it’s time to change their occupation altogether. Therefore, the country added just 194,000 jobs in September — not fulfilling even half of Wall Street’s forecast. Furthermore, the size of the labour force actually shrank by 183,000 last month. At present, both private and public organisations have less than 1 candidate for each of their job openings.

School reopenings and the benefits cutoff may motivate some Americans to go back to work. However, the new variants of coronavirus keep disrupting our normal social lives, including the functioning of public institutions. Hence, we’re unlikely to see the problem go away soon. Even though the government benefits and extra payments are coming to a halt soon, most people who are not willing to fill the employment gap don’t feel financially pressured yet. Meanwhile, worker shortages are having tremendous effects on the economy. Many employed people now are forced to work overtime. Businesses don’t have much choice of the personnel they hire. That might often mean poorer work quality. Besides, there are not enough human resources to produce the needed supplies. Considering the growing demand, that pushes prices even higher.

Although the unemployment level in the US is quite decent now compared to the beginning of the pandemic, the wealth gap is widening. The jobless rate for Black people was 7.9% in September, which is much higher than the average rate of 4.8%. Although the unemployment rate for African Americans is steadily falling, that doesn’t mean thousands of people getting new jobs. According to Reuters, nearly 250,000 African Americans left the workforce and the total number employed fell by 12,000 in July when the jobless rate for this demographic group fell a full percentage point. The share of Black people either working or looking for work, known as the labour force participation rate, also fell 0.8 point in July to 60.8%. A similar situation occurred in September. Labour-force participation fell by 0.3% while the unemployment rate decreased by 0.4%. The implications are: the drop in the Black unemployment rate was driven not by more people finding jobs, but by more people abandoning their job searches. It may be explained by higher health concerns among the Black communities. It’s estimated that nationwide Black people have died from the Covid-19 consequences at 1.4 times the rate of white people. The inequality of the death toll highlights the eternal problems of African American in the US — poverty, healthcare access, racial disparities in the health care system, discrimination, housing and occupation segregation, etc. Since African Americans are performing the most essential jobs nationwide, their dropping out of the labour force is one of the major factors contributing to the worker shortage.

As for the gender, the COVID-19 pandemic has had a negative impact on both women’s and men’s employment. Whereas the beginning of the crisis hit female-led sectors like hospitality and dining most, the disruption of international trade and cross-border value chains deeply affected male employment. Currently, the unemployment rate is higher for men than women (5% vs 4.5%). However, many people don’t take into account that a large percentage of women left the labour market entirely in 2020. Globally, women have been hit harder than men by job losses due to the COVID-19 pandemic, and only men’s employment is likely to recover this year to 2019 levels. In the US year-on-year unemployment change was 328% for women vs 246% for men. The significant drop in the number of women actively searching for a job threatens to reverse decades of progress on women’s empowerment.

Due to the healthcare crisis, all social disparities have sharpened and they require urgent solutions.

Earlier this fall, experts rang the alarm about a historic default that would have devastated the economy. This month, the US was on the brink of being unable to borrow money or pay off loans for the first time ever. If the nation ever defaults on debts, it will severely hurt the country’s credit rating, plunge the global financial system into turmoil, and possibly lead to a self-inflicted recession. A default would fundamentally hinder the Federal government from supporting vulnerable American families, maintaining national defence, recreation zones and the public health system, which has enabled the country to react to a global pandemic. Therefore, the US Senate voted to temporarily raise the nation’s debt limit by $480bn, which will cover the country’s financial needs until early December. The bill still has to be approved by the House of Representatives, and will then be sent to President Joe Biden to be signed into law. Anyway, the solution is temporary, so the US government has to ultimately come up with more effective and long-term measures. A pattern of raising the debt limit every season will bring extensive disruption to America’s financial infrastructure and undermine economic growth prospects.

Although the debt ceiling has been lifted on more than 100 occasions throughout US history to allow the government to borrow more, today the decision is controversial. Some Republicans are criticising the new Democrat costly spending proposals. They believe raising the debt ceiling should be related to paying off existing obligations rather than paying for new ones. Crucial disagreements between the two parties in the Senate are slowing down the nation’s reaction to the looming financial crisis.