India is home not only to one of the oldest and richest cultures in the world, but also to the best fintech solutions 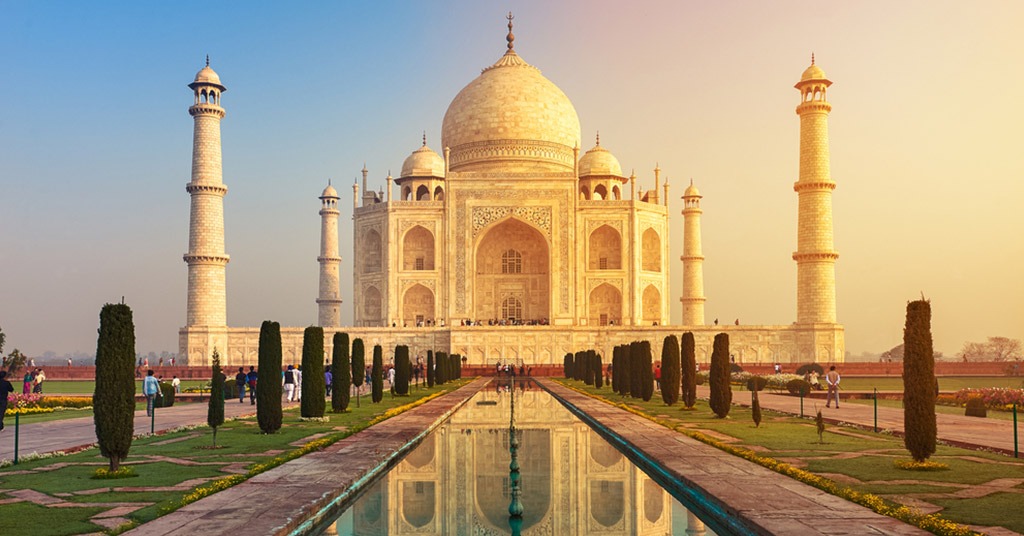 According to the recently released Indian Fintech Report, India is now the world’s second-largest fintech ecosystem after the United States. Moreover, in 2019, Indian FinTechs surpassed Chinese FinTechs in raising funds for the first time.

The digital revolution in India began around 2010 and has experienced explosive growth in the past five years, with more than 80% of fintech enterprises established during this period. The COVID-19 pandemic has just accelerated the digital payments trend. Let’s take a look at the most successful startups in this bustling industry. Here are the companies which received the most funding up-to-date and have shown the most impressive growth.

In 2019, the largest Indian digital payment system reportedly raised $1 billion in equity funding at a $16 billion valuation. SoftBank’s Vision Fund, Ant Financial, and Discovery Capital are among returning investors, whereas the company is also engaging with other investors such as US asset manager T Rowe Price. “The payments battle in India is a global one with deep-pocketed players in the fray and Paytm investors understand that if they don’t double down now they may lag behind,” said the person familiar with the development whose name has not been disclosed. At the same time, the company’s management have reconsidered going public next year. “IPO is not even a logical discussion now and that’s not what investors have come in for,” said Paytm’s founder Vijay Shekhar Sharma.

In FY20, Paytm Payments Bank had over 5.8 crore digital debit card holders. This year, the Bank has become India’s first payments bank to launch a Video KYC facility. During the lockdown, they also introduced a ‘Cash at Home’ facility for senior and disabled citizens, which enabled customers in need to raise cash withdrawal requests on their app and receive the requested amount at home.

Thanks to their simple solutions, the InsurTech industry revolutionaries have over 10 million clients to whom they sell 400,000 insurance policies monthly (including 25% of all national life cover policies and 50% of all term life policies). Their policy-comparing platform has over 100 million visitors a year. Policybazaar aims to go public in 2021 at an estimated valuation of $3.5 billion, potentially becoming the first of India’s mega-startups to go public.

After significant revenue losses of Rs 213.1 crore in FY19, the company expects to return to profitability by the end of this year after cutting down on marketing and focusing on core products, such as health and motor insurance. Yashish Dahiya, the chief executive of PolicyBazaar, also admitted that the company has made a “mistake” pursuing the huge expansion plan pushed by investors including SoftBank. Nevertheless, SoftBank’s Vision Fund has reportedly bought an additional stake worth $130 million in the owner of the Indian insurance marketplace last month.

This fintech’s team has developed a web platform that enables small business clients to apply for collateral-free working capital loans. Lendingkart has raised a total of $242.5M in funding over 11 rounds. Their latest funding round took place on May 19, 2020. The company said that it witnessed a 175% revenue growth and a 150% customer growth in the financial year 2019. Overall, the online lender has disbursed over 70,000 loans worth INR 38 billion to MSMEs since it started operations in 2014. Aiming to bring small borrowers into the financial mainstream, Lendingkart has seen around 200% average year-on-year increase in the number of loans disbursed across various business sectors.

This July, the company announced its net revenue has surged 134% to Rs 379 crore in FY20. “This is the third consecutive year where we have demonstrated higher than 100% growth,” MobiKwik co-founder and COO Upasana Taku said. In FY20, consumer payments accounted for 63% of the net revenue, followed by fintech (25%) and payment gateway (13%). “March 2020 was a stellar month for us, our lifetime best month and we clocked a revenue of Rs 38 crore but we lost only Rs 8 lakh,” Taku added.

Over a decade old in the fintech space, the company started gaining real profits only after shifting the cultural focus from deals and discounts to a more sustainable, but far less attractive, assured rewards system. This approach increased the company’s retention rate by 23% along with a significant jump in average revenue and the number of transactions per user.

Capital Float is an online platform that provides working capital finance to SMEs in India. With total funding of $143.6 million, the company has disbursed loans of about Rs 8,800 crore ($1.2 billion). This year, Capital Float has entered into a co-lending partnership with Japanese financial services firm Credit Saison, to be able to provide business loans at a rapid pace, in real-time and across sectors. Up to date, the organization has already served more than half a million customers in India. For the financial year 2017-18, the company reported total revenue of INR 135.1 Cr with a net loss of INR 92.12 Cr. From that point, financial data wasn’t publicly disclosed.

This non-banking financial company has raised $91 million over its six years in business and is now valued at over $250 million. Like many Indian companies, Aye was forced to shut operations in March amid a nationwide lockdown. As it prepares to resume its core business of lending to SMEs, AYE has received a new injection of capital from the group of investors led by the private equity arm of Alphabet, Google’s corporate parent.

The lender hopes to reach 25-30% growth in its overall loan portfolio this fiscal year provided things settle down on the Covid-19 front by September. The company’s Managing Director & CEO Sanjay Sharma also said that Aye Finance is expected to record a profit before tax of about ₹45 crore this fiscal year, the same level as in the previous fiscal period.

NeoGrowth is a leading NBFC company that provides easy & quick business loans in India. The startup has received numerous awards including the “Best Lending Fintech” at Business Today – Money Today Financial Awards 2020. So far, the company has disbursed INR 4,3K+ Crore ($639 million). According to their last financial report, NeoGrowth has received total revenues INR 164.10 Cr for the half year ended September 30, 2019. Its total funding amount is $107.8 million. Yet, rumors are, Dutch entrepreneurial development bank FMO is considering another $10 million investment in this Mumbai-based fintech startup.

BillDesk, a property of IndiaIdeas.com Ltd. was created to help consumers better organize and manage their payments online. The company offers a single destination that keeps track of bills, informs users of due dates, eliminates the hassle and simplifies bank payments. Therefore, BillDesk has the largest roster of business clients in India and handles 50-60% of billing transactions.

In 2019, Visa Inc. led the BillDesk funding round that brought a total of $84.85 million (Rs 602.6 crore). Visa also bought a minority stake in Billdesk, in February last year. That valued the startup at over $1.5 billion, making it the freshest unicorn. Its total funding now amounts to $241.4 mln. Currently, numerous sources report that BillDesk is planning to sell its business due to the rising competition in the digital payment services space. The previous sales attempt in 2018 was unsuccessful.

Flipkart-owned digital payments service PhonePe is another Indian fintech unicorn. Yet, it’s real valuation remains unclear. In September 2019, investment bank Morgan Stanley pegged the value of PhonePe in a ‘base case’ scenario at $7 billion. However, when it comes to the vital assumptions about revenue, this ‘base case’ may not really be applicable. With 5X growth in its income, PhonePe has posted total revenue of Rs 245.8 crore in FY19. meanwhile, the company’s losses stood at Rs 791.03 crore for the year ended March 2018. Moreover, In November, PhonePe received its fourth round of funding for 2019 from Flipkart, when it raised $82.5 million at a valuation of only about $1.9 billion.

Nevertheless, amidst the pandemic, PhonePe co-founder and CEO Sameer Nigam said the company “has a line of sight to becoming profitable by 2022 and will file for an IPO in 2023.” He believes that the bet on the O2O (Offline-to-Online) strategy is gradually paying off.

This payment company that provides free e-commerce payment gateway solutions raised $75 million in funding last year bringing the total sum to $124.7M. With the new funding, Razorpay is said to be valued at roughly $450 million. The company is said to use the funds to grow new offerings such as its Razorpay Capital lending arm and Razorpay X neo-banking platform. The company is one of the fastest-growing in the segment. It also registered 2.14X growth in operating revenue and saw its losses shrunk by 74.5% in the year ending March 2019.