Andrey Elinson: Cryptocurrencies Have Become a Tool for Long-Term Investments 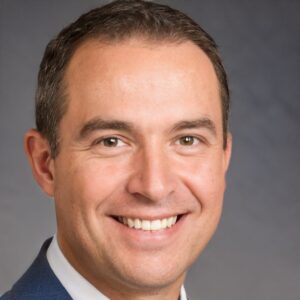 Cryptotrader Andrey Elinson shares his vision of the new realities of crypto trading.

After the November fall, Bitcoin rate went up again and many crypto traders made preparations in anticipation of a new rise in cryptocurrencies. However, experts can’t agree on whether Bitcoin rising in value is a real bullish trend or the last rise before its inevitable collapse. We talked to cryptotrader Andrey Elinson about whether it is time to buy digital currency or forget about it and return to investing in the real world.

Andrey, what is your assessment of the year 2022? Do you agree that the crypto world has failed and the era of digital currencies is over?

2022 was indeed perhaps the worst year in the history of cryptocurrencies. Beginning with a drop in January, which was then perceived as a correction, the market continued to fall until November 2022, when Bitcoin updated its 5-year low. These 11 months were marked by multibillion losses of crypto investors from all over the world, bankruptcies and scandals. However, the end of the year clearly indicates that the hardest part is over, and the crypto industry is now gradually recovering.

So you believe that the lowest point is now behind us?

I am 100% sure of that. Since November, the Bitcoin rate has shown steady growth. And this is not a temporary correction, but a full-fledged bullish trend. And Bitcoin traditionally pulls other currencies along with it.

So everything is back to normal?

Not really. Cryptocurrencies are no longer a field where any beginner with a thousand dollars and no training can become a millionaire. Crypto trading has become a field of professionals, similar to futures trading. Of course, the opportunity to increase their capital tenfold remained, but it has become much more risky.

Are you suggesting that people inexperienced in investment are better off not even trying to dabble into crypto?

Again, I don’t think so. What I’m saying is that the field of cryptocurrencies and the overall rules have changed, and so did the potential outcome of investing in crypto. Playing short positions, as many investors have done before, has become too risky. Cryptocurrency, especially traditional coins such as Bitcoin and Ethereum, have become a target for long-term investment as well as the preservation and multiplication of funds.

Why do you think that is?

That is due to the fact that novice investors will not be able to predict short-term fluctuations in digital currencies, but in the long term, Bitcoin and other major cryptocurrencies will rise in value. And, if you buy cryptocurrency now and sell it in 2 or 3 years, you are guaranteed to stay in a good profit, even if the sale will take place during a period of decline.

What about those who aren’t ready to wait a few years? Where should they invest? How can one make money on short trades right now?

I don’t think that a non-professional will be able to make money on short trades at the moment. In all likelihood, having tried to make a quick profit on shorts, a novice trader will lose all their investment. If you have free funds that you want to invest, but do not know where, it would be best to turn to professionals — investment funds or private asset managers. For them, unlike novice investors, playing the stock market (including cryptocurrency), is a profession to which they devote most of their lives. They know where to invest at any particular moment, and which positions to close. At the same time, many companies offer quite high interest rates. Of course, professional traders are also human and are not immune to mistakes. However, due to the large volume of funds, they can diversify assets. Thus, even if a deal or a number of deals turn out to be unsuccessful, it will not affect the overall asset portfolio.

Why don’t newcomers just switch to something more traditional? Like stocks or currencies?

Stocks, while not technically able to fully depreciate, are no less exposed to downside risks than cryptocurrencies. Investing in them today is comparable in terms of risk to investing into a digital currency a year or a year and a half ago. At the same time, it’s simply not possible to get as much profit from stocks as beginners can get by using the services of private managers. It is, of course, still possible to luck out and hit the jackpot, but it is about as likely as winning the lottery. The currency market is even less profitable; not to mention, none of the world’s currencies is immune to falling considering the current economic realities.

Born May 18, 1985.
2002 Graduated from high school with a silver medal;
2007 Graduated from MIPT (Department of Control and Applied Mathematics);
2009 Defended his thesis in Management and Economics at the same MIPT;
2011 Defended his thesis in Executive MBA Strategic Management in HEC (École des hautes études commerciales de Paris), one of the oldest business schools in Europe.