According to GlobalData’s report, the Chinese retail lending market’s strong growth was registered since 2014 and will increase with a compound annual growth rate (CAGR) of 13.7% during 2019-2023. The major part of Chinese loan balances outstanding appeared from home loans, followed by credit cards and personal loans. In 2014 China’s total loan balances outstanding recorded to be of CNY15.4 trillion ($2.2 trillion), increasing up to CNY37.8 trillion ($5.5 trillion) in 2018.

The availability of easy loan acquisition facilities for even subprime borrowers, coupled with the proliferation of non-bank lenders providing same-day loan approvals and unsecured loans at competitive interest rates, resulted in the rapid increase in household debt between 2014 and 2018
Ravi Sharma, Senior Analyst at GlobalData 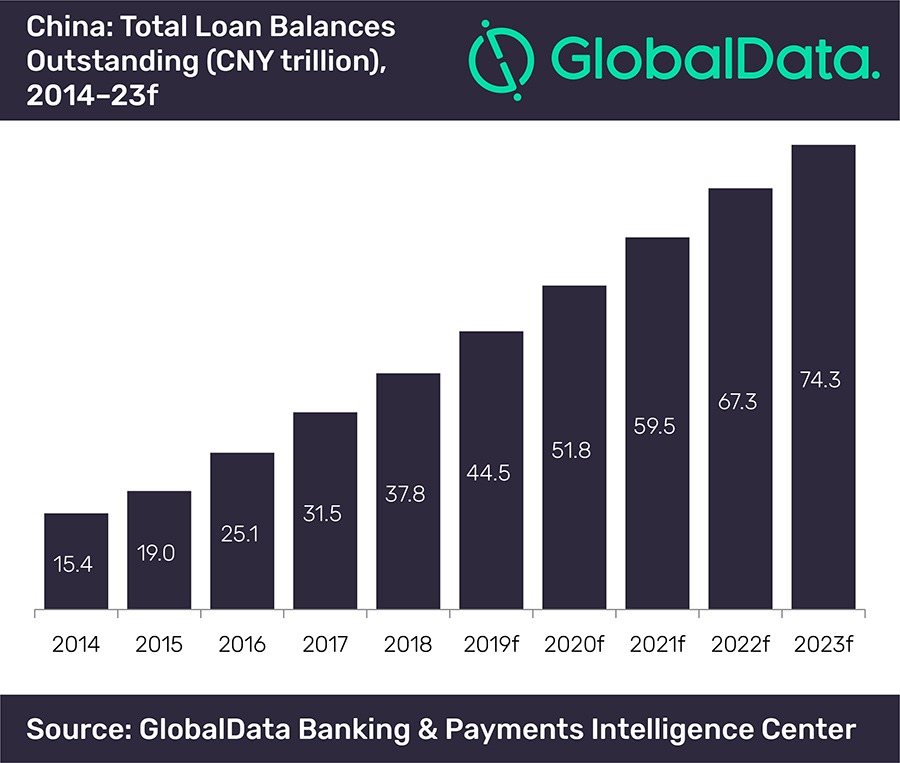 At the same time, mortgage loans remain the largest category as they increased significantly during 2014-2018.

The Chinese mortgage market has been characterized by growing house prices since 2015. This was further fueled by the relaxation of property investment restrictions, including lower down payment ratios, interest rates and collateral requirements
Ravi Sharma, Senior Analyst at GlobalData

In addition to that, China reflects one of the highest saving rates in the world, meaning that Chinese customers tend to save rather than spend.