LearnBonds reveals that the total revenue of the 10 richest people worldwide worth more than the gross domestic product (GDP) of 85 poor countries combined. 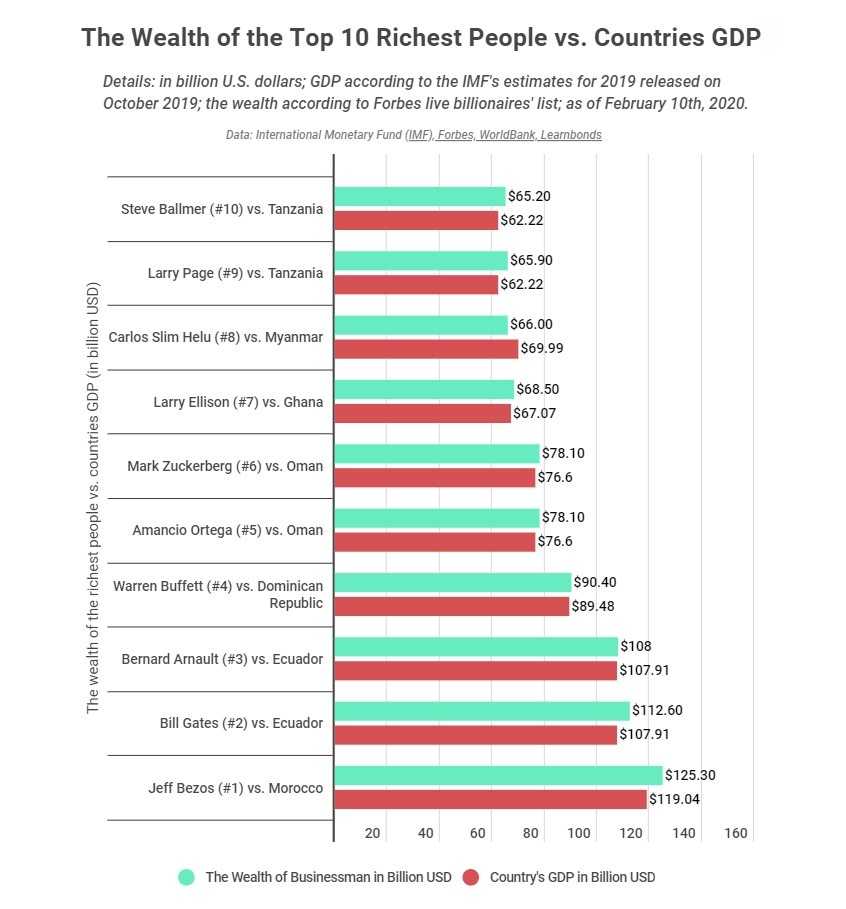 According to data, 10 billionaires combined net worth of $858.1 billion, whereas the poorest 85 countries have a combined GDP of $813.5 billion.

For instance, Saudi Arabia’s GDP is slightly lower than the total wealth of the top 10 wealthy people, having a GDP of $779.29 billion.

Along with that, data revealed that there’s no African country that has a higher GDP compared to the possesses of the top 10 richest people.

Nigeria, which has Africa’s highest GDP of $446.543 billion, has a 47.9% difference when compared to the top 10 wealthiest people worldwide.

Cumulatively, African countries have a combined GDP of $2.4 trillion, being almost three times more than the wealth of the ten richest people in the world.