Maternity and children’s hospital destroyed by Russian airstrikes in Mariupol 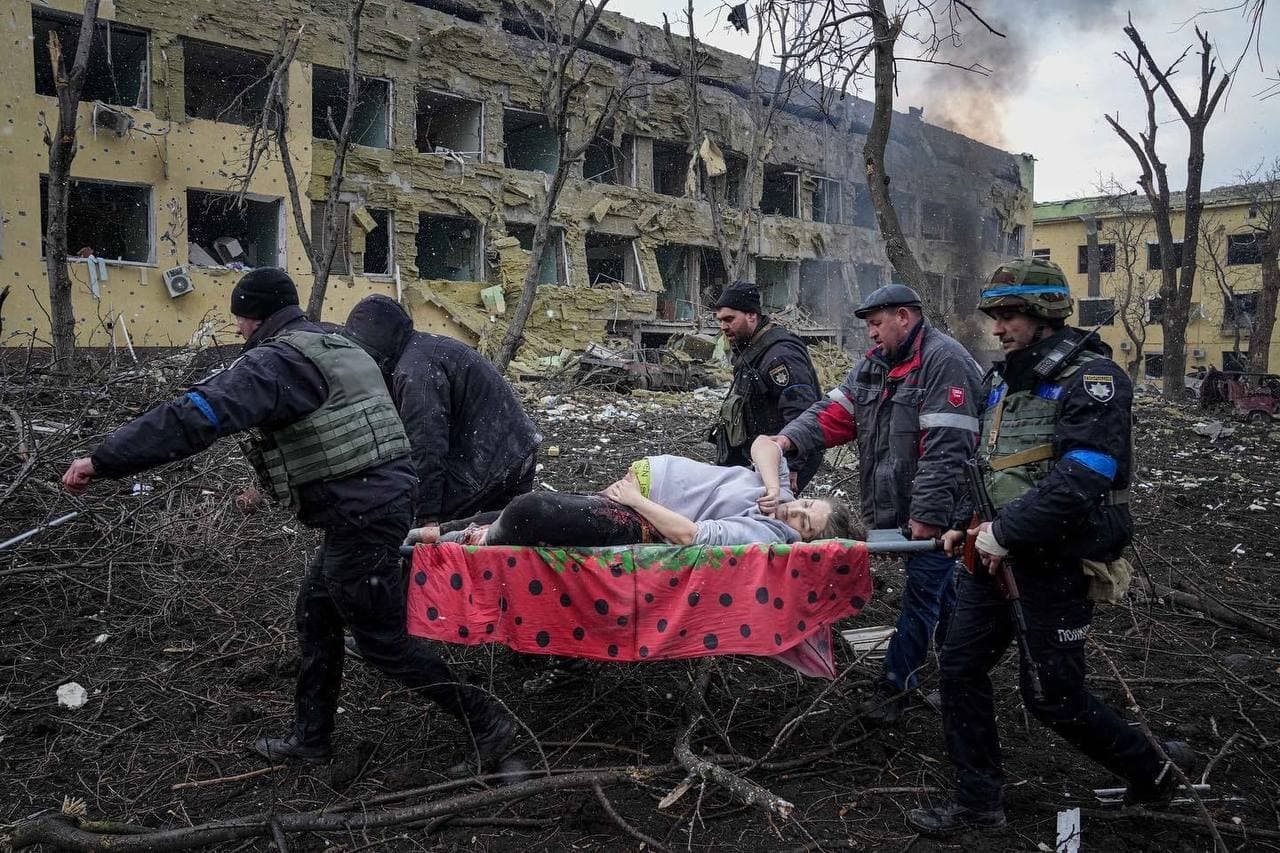 During the two weeks of the war in Ukraine, one and a half thousand houses, 200 schools and about 61 hospitals were destroyed. Bombs and rockets strike into medical facilities filled with the patients and homes where hundreds of children live.

At around 4.30 pm on March 9, the occupiers cynically air struck a maternity hospital and a children’s hospital in the center of Mariupol. The rockets completely shattered the facilities in the center of the city, mothers and children are trapped and injured. There are 17 people injured, among them women and doctors. 3 people died, one of them was a little girl.

“Mariupol. Direct strike of Russian troops at the maternity hospital. People, children are under the wreckage. Atrocity! How much longer will the world be an accomplice ignoring terror? Close the sky right now! Stop the killings! You have power but you seem to be losing humanity.” – says President Volodymyr Zelenskyy on his Twitter.

Mariupol is under constant fire from aircraft and artillery of the Russian occupation forces. For more than a week, the occupiers have been surrounding the city and breaching all agreements to evacuate civilians through humanitarian corridors. Besides Ukrainians, there are 31.9 thousand Greeks in Mariupol, and another 31.4 thousand live in six nearby rural areas. All of them are being trapped without humanitarian aid.

According to the adviser to the mayor of Mariupol Petro Andryushchenko, during the blockade of the city by the Russian occupiers killed about 1,300 civilians in total.

According to local residents of Bucha in the Kyiv region, the occupiers are looting, killing, raping civilians. For almost a week there has been no livelihood in the settlements, the occupiers are blocking all possible ways to supply water, food and medicine. About 4,400 people need to be immediately evacuated as now thy’re hiding in cold bomb shelters, basements of residential buildings and other facilities without heat, water and any humanitarian aid.

On the night of March 3, Russian occupying forces struck at the civilian population of Izyum, Kherson region, killing at least eight people, two of them children. On March 8, they destroyed a central hospital there.

“My friend wasn’t able to reach her relatives for several days. We were trying to find them in all possible ways, and finally, we found them. Now, I don’t know how to tell her that they are dead. All of them.” – says the Head of communication projects in Ukrainian Healthcare Center Mary Kravchenko in her Twitter.

During the 13 days of the war, the occupiers killed 52 children in Ukraine and after the attacks on the children’s hospital, this number can grow rapidly. Ukrainian officials remind the global community that targeting civilian populations, violating the Geneva Conventions, targeting specific groups of people and bombing residential areas are war crimes. Established by the Rome Statute in 1998, the International Criminal Court lists “intentionally directing attacks against civilian objects, that is, objects which are not military objectives” as one definition of a war crime.

“Watch this, world. Watch pregnant Ukrainian women with their faces covered in blood. Watch facilities for newborn babies destroyed. Watch dead bodies buried in a mass grave because of the incessant bombardment of Mariupol. You enabled Putin for years, and it’s the result” – says an independent journalist and CEPA non-resident fellow Olga Tokariuk in her Twitter.