Home > STOP RUSSIA! > What can you do to help Ukraine defend peace in Europe?

What can you do to help Ukraine defend peace in Europe? 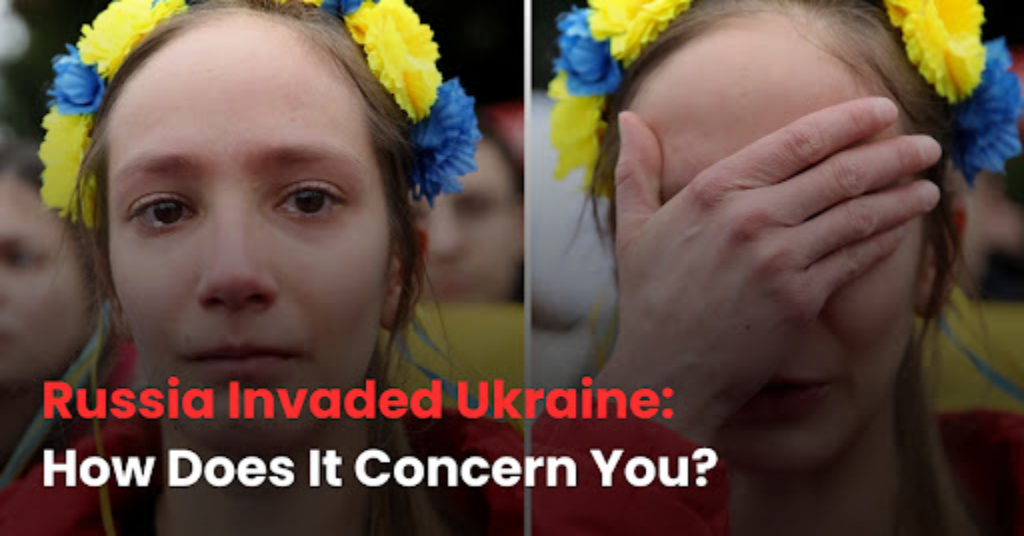 On February 24, about 6 o’clock in the morning, Russia launched a devastating attack on Ukraine by land, sea, and air. Troops have commenced the invasion through the borderline with Belarus, the annexed Crimean Peninsula, and from the side of the Donbas region where the Russian army conducts regular military operations against Ukraine since 2014. By the late noon of February 25, its forces were in Kyiv – the capital of a European-democratic country with a population of 44 million people. 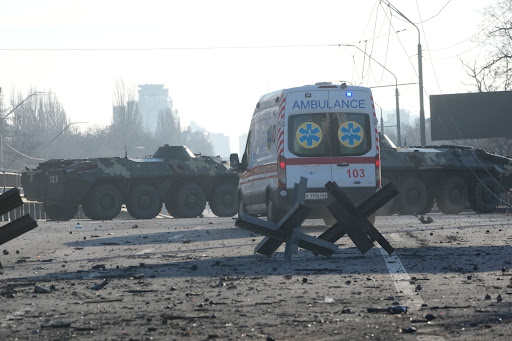 For several months, President Putin denied all the warning messages of the West and claimed he would not invade Ukraine, whereas all those Russian troops near the Ukrainian border, which the West referred to, were there for a drill. What is this if not a lie in the face of the whole world? Given that what followed next was tearing up a peace deal by President Putin and sending troops across borders. Ukrainian military headquarters, as well as airports, were hit first. It took place near major cities across the entire Ukraine. Afterward, troops and tanks rolled into the country from the north, south, and east.

Considering the ever-increasing number of the dead both in the ranks of the Ukrainian army that defends its country and among civilians, President Putin stands accused of breaking the peace in Europe that may jeopardise the entire European continent’s security structure.

Why did President Putin attack Ukraine?

In his TV address on the day of the invasion, the Russian leader claimed that his country could no longer “feel safe, evolve, and exist” because of what he declared was an ongoing threat from modern Ukraine. Many of his arguments were unreasonable or false. He declared his goal was “demilitarisation and de-Nazification” in order to save Ukrainian people that were intimidated and subjected to genocide. But there is no genocide in Ukraine in the first place: It is a full-of-life democracy with a legitimate president! Neither Ukraine asked for help or “liberation”, nor any other country in the world knows of any clamping down on civil rights in Ukraine. But President Putin. In fact, it looks like he’s just concocted any reason to invade a sovereign state. 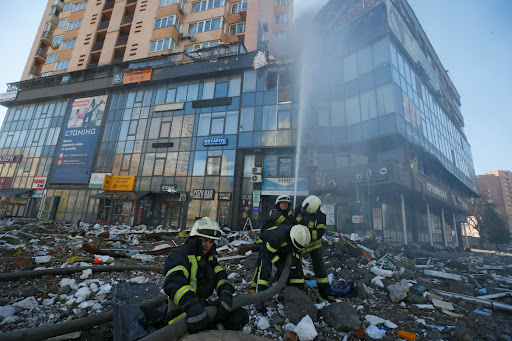 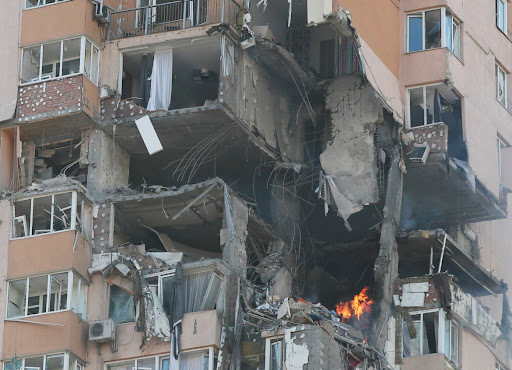 Last year, President Putin presented to the public an article in which he characterised Ukrainians and Russians as “one nation”. There, he also wrote that the collapse of the Soviet Union was the “destruction of historical Russia”. In recent years, President Putin has often accused Ukraine of being taken over by extremists. The sole basis for that accusation was the democratic choice of the Ukrainian population to develop their country in their own way and according to their own values that are much more like European than Soviet ones.

Since the Union collapsed and having gained independence, Ukraine was making its way into a democratic future, whereas the Russian leader, for 30 years, was trying to take it back to the authoritarian past. He did so by influencing Ukrainian elections so that the country was led by pro-Russian presidents. Then, he seized the Crimean peninsula. And finally, he triggered a rebellion in the east of Ukraine, supporting separatists in a war with Ukrainian forces that claimed 14,000 lives.

Given that what President Putin declares very much differs from what he does and how the actual state of things is, we can only assume that, being 69 years old, and having gained no success in conquering Ukraine by civilian actions, he got prepared to do it in a military way. For the moment, it is obvious that Russia aims to overthrow the democratically elected government of Ukraine. 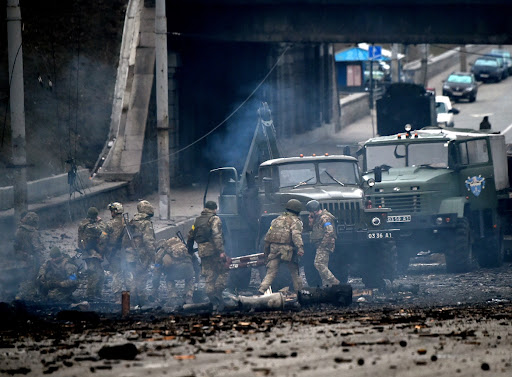 However, what’s more, President Putin demands that Nato go back to its pre-1997 borders. He requires Nato to remove its military infrastructure from member states that entered the alliance in 1997 and later. That means Eastern Europe, Central Europe, and the Baltics.

How dangerous is this war for Europe?

For the first time since World War II, a major power invaded a European neighbour resulting in horrifying times for the civilian population of Ukraine as well as frightening times for the rest of the continent. Hundreds have died in the first few days of the war, both soldiers and civilians. France’s Emmanuel Macron called this military invasion “a turning point in Europe’s history”.

There is only one country that supports this war with actions, and it is Belarus. How is it possible? During 28 years of government, President of Belarus Lukashenko was supported by the Russian leader both strategically and… financially. For accuracy’s sake, he and his country totally depend on Russian money. And even though President Lukashenko, in his speech as of 2020, ensured that not a single soldier would enter Ukraine from the Belorussian side, he was lying, too. As soldiers, tanks, and even missiles did attack Ukraine precisely from the Belorussian side. And while dozens of people died from those, President Lukashenko was encouraging people to just continue living… 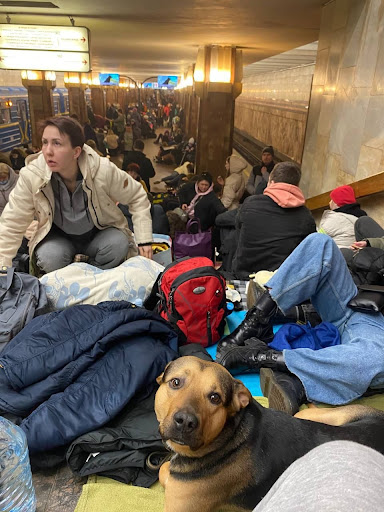 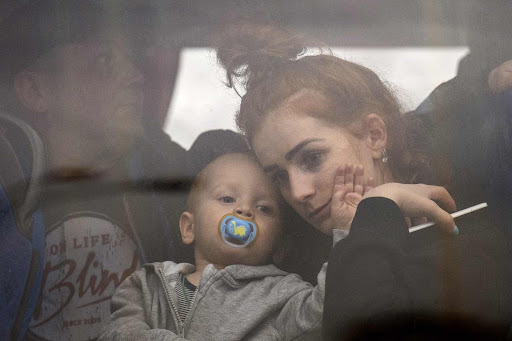 This war is directly signaling for many other countries that border Ukraine and Russia. Five European countries already see an inflow of refugees, the number of which, according to the UN children’s agency, may ultimately gain five million refugees. Slovakia, Hungary, Poland, Romania, and Moldova are all braced for arrivals.

If the president of one of the most powerful countries allows himself to blatantly lie to the entire world and invades a sovereign state for feigned reasons, why do you think he wouldn’t do this to your country? Especially given his demands to the West about Nato. It is Ukraine that is now forced to restrain the hostile invasion by means of the lives of their civilian adults and children, but what if it fails?

What can you do?

Even though Nato has put its warplanes on alert, the Western alliance has claimed it’s not going to send combat troops to Ukraine. Yet still, they did offer weapons, advisers, and field hospitals. Simultaneously, Nato has deployed 5,000 troops in Poland and the Baltic states. 4,000 more troops could be sent to Hungary, Romania, Slovakia, and Bulgaria. 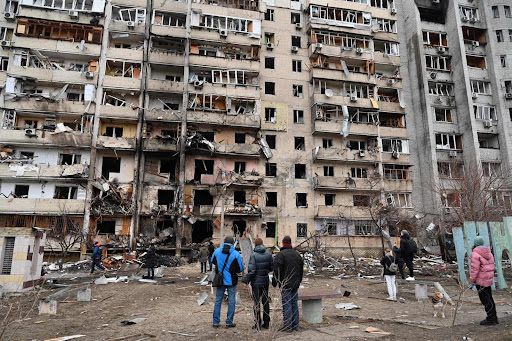 At the same time, the West imposes sanctions against Russia’s sectors of the economy, financial institutions, and individuals. Those include restricting access to capital markets, cutting off their industries from the latest technology and defense, halting approval on the major investment of European companies and Russia – Nord Stream 2 gas pipeline, restricting transactions in dollars or euros for 10 of the biggest financial institutions that comprise around 80% of Russia’s banking assets, and many others. Some countries now even discuss the opportunity of disconnecting the banking system of Russia from the international Swift payment system.

However, the West is not only them. This military invasion concerns each and every one of us. The World is you. And you could help, too. Any donation of yours will make a significant impact on peace in the democratic world. On your future peace, probably. The following means are all double-checked for credibility:

“All funds will be used to help those in need, affected by armed conflict, blood collection, mobilization of volunteers and resources, and emergency activities.”

Center for Research of Signs of Crimes against the National Security of Ukraine, Peace, Humanity, and the International Law

The charity fund that, since 2014, supplies and repairs equipment, trains the military and officers, helps change the Armed Forces of Ukraine, talks about the war firsthand, and curbs the flow of propaganda and disinformation. 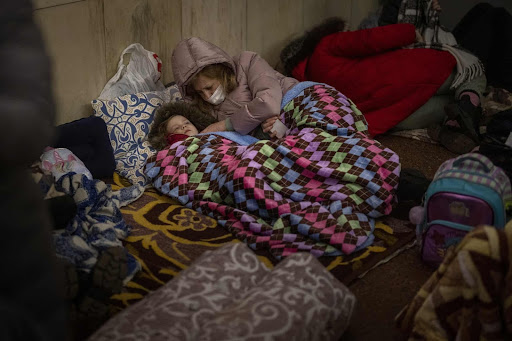