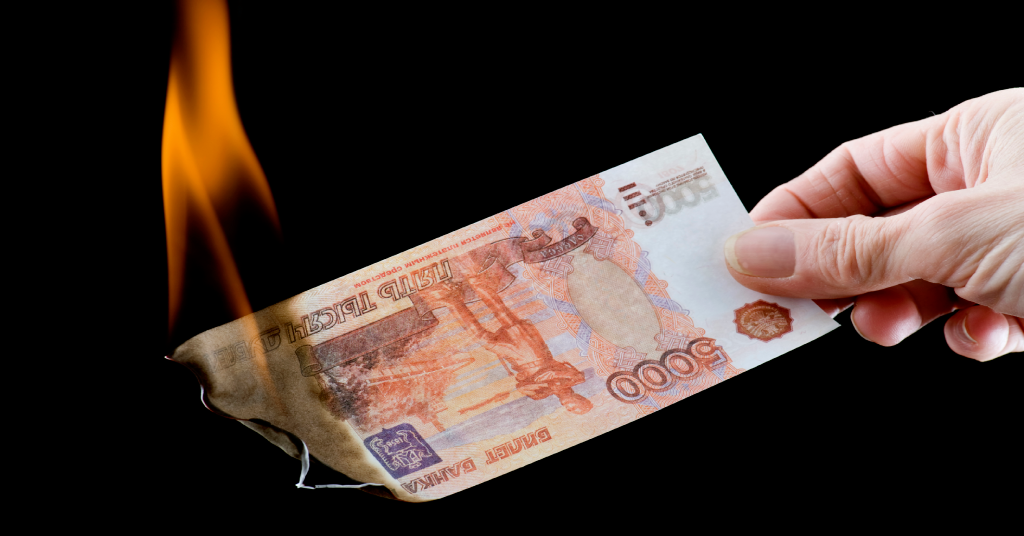 Russia’s rouble fell to a record low against the dollar on Thursday after Fitch and Moody’s downgraded Russia’s sovereign debt to “junk status,” although the Russian rouble closed little changed in Moscow after measures taken by the central bank and finance ministry. The measures failed to stop its decline.

Russian financial markets have been roiled by sanctions imposed by Russia over its invasion of Ukraine, the biggest attack on a European country since World War II. The stock market remains closed and trading volumes on its sovereign debt have evaporated.

The Russian invasion of Ukraine and the sanctions imposed in response have led to dire warnings for the Russian economy, which JPMorgan expects to contract by 35% in the second quarter.

Russia’s central bank levied a 30 percent commission on individuals buying foreign exchange at currency exchange offices — a move that appeared to be aimed at dampening demand for dollars, brokers said — but had little immediate impact.

The central bank said on Thursday it would not disclose changes to its gold and foreign exchange reserves frozen by Western sanctions for the next three months.