Amazon CEO Jeff Bezos and his secrets for success 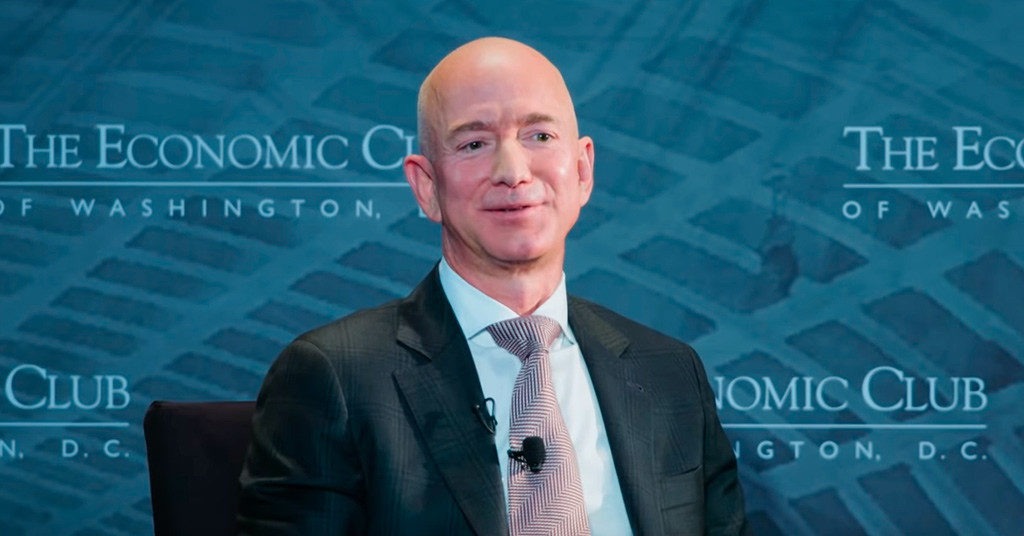 Jeff Bezos not so long ago became the richest man in the whole world (yes, he did overtake Elon Musk). According to Forbes, his net worth is currently no less than $182.1B.

However, it is not only about success and net worth. Bezos is a multidimensional man. In addition to Amazon, he owns The Washington Post daily newspaper, and Blue Origin aerospace company. Moreover, he is quite a modest person: you’ll not find a lot of his interviews on the internet, nor in the newspapers or magazines. Still, even if his interviews are a rare phenomenon, what does he say about his secret of success?

Jeff and MacKenzie Bezos have been married for 25 years. Jeff said that he remembered that moment when he decided to settle down (apparently, before MacKenzie), but he wasn’t sure how it worked, so his friends set him up on multiple blind dates. But no matter how hard he tried, this wasn’t successful. Later he realized that he was searching for particular female traits – an ability to be a muse and resourcefulness.

“I wanted a woman who could get me out of a third-world prison,” Jeff said.

2. Multitasking is not good for productivity

“When I have dinner with friends or family, I like to be doing whatever I’m doing. I don’t like to multi-task. If I’m reading my email I want to be reading my email, with my full attention and energy.” That’s what Jeff says, and we are sure he does it for a good reason.

And that is an interesting point because multiple studies say that multitasking damages productivity and splits your focus. Nevertheless, he seems to have been using this rule for a long time. Since these studies were conducted recently (at least not 15 years ago), they provide an idea or give one more argument to support the view that he, after all, knows something that we don’t.

3. Always prefer risk and adventure to a comfortable and lazy idyll

We all have a choice, and they’re always are two life scenarios – safe & comfortable, or full of risk, experiments, and hence full of ups and downs. Clearly, the wealthiest man in the world chooses the second option.

He had a good job in 1994. Jeff was a decent specialist, he developed financial software at Wall Street. This job was prestigious, and he had enough money to feel comfortable. Then, one day, Bezos suddenly told his boss that he quit, and also said about his plans to open his own internet store. His boss was surprised, and replied that the idea seemed to be nice, but was for those who didn’t have a decent job and asked whether he was ready to drop everything and leave this all behind. Evidently, Jeff was ready.

Jeff Bezos says that “getting involved” (to begin, in other words) is the hardest part. “Even if I failed, I wouldn’t regret it. I would despise myself more if I didn’t take a chance,” he says.

Once Jeff was asked what he would do to make a living if Amazon didn’t work out? He immediately generated two answers.

The first one: He said that he would probably be a very happy software developer. And he added that starting from scratch was not anything new to him.

The second one: He also said that somewhere deep inside he had a fantasy to be a bartender. He clarified that he would be a good bartender, but quite a slow one. He added that he liked to mix cocktails, and he always had taken it seriously, like art.

And when he was asked, “Isn’t slowness a bad feature for a bartender?” he answered that he would probably make the slowness his special thing (trick). And he finished an interview with “I would hang the sign in my bar, and it would say, “Do you want it good or do you want it fast?”

Bezos is a supporter of the work-life balance concept. However, he calls it a work-life harmony, because, “Balance implies there’s a strict trade-off,” he says. In his view work and personal life have to be independent of each other, but simultaneously complement each other, like yin and yang. Thus, he believes if he does his job well during the workday, it makes him better at home. And vice versa, if one is happy at home, it makes one a better employee/boss/team leader. He says, “Don’t be someone who drains energy out of your co-workers or family.”

The world is complicated. To be successful in this world, people have to become “domain experts”. Nevertheless, he also used to say, “The danger is that once you’re a domain expert, you can be trapped by that knowledge.” You’re beginning to know exactly “the right way to do it”, and losing the opportunity to find out «the way it could be done». The way out is to keep your childlike curiosity alive. Inventors are experts with beginners’ minds.