Home > All materials > History of the world’s first credit card

Here’s a look back at the history of credit cards 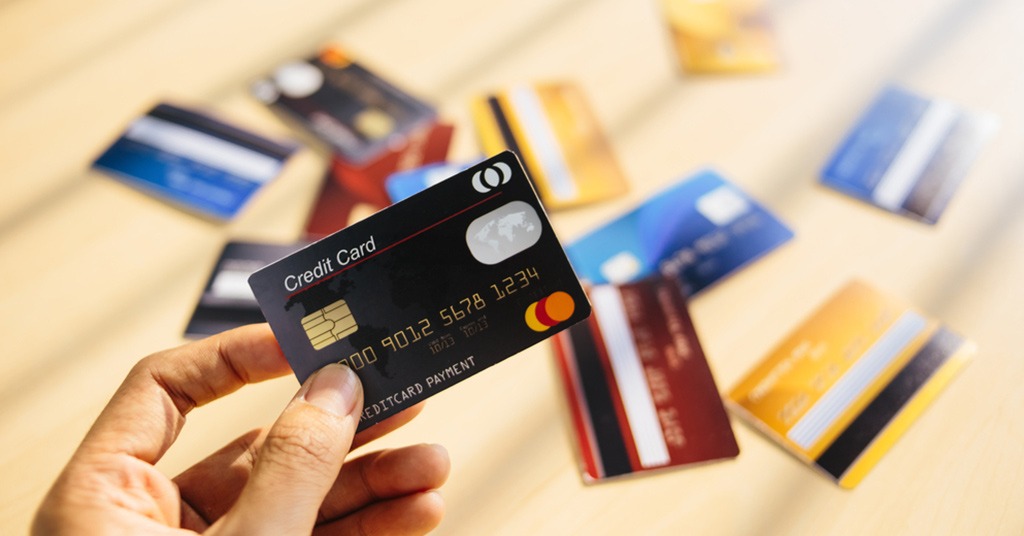 We’re so used to the concept of buying everything on credit that it’s hard to believe credit cards were first introduced only 70 years ago. Here’s the story of the Diners Club universal credit card which laid the foundation of the most popular and convenient borrowing type.

A dinner bill and one forgetful man

The anecdote says Frank McNamara, an American businessman, has just finished a nice dinner with his business partners in New York when he realized he’d forgotten his wallet at home. Luckily, his wife came to the rescue but the incident made a strong impression on the forgetful man. How did he feel in that situation? Probably, embarrassed, uncomfortable, and nervous. A good reason to not want a similar situation occurring again.

However, McNamara decided to make lemonade out of the lemons that evening brought to him. Before his wife arrived he discussed all possibilities of credit with the restaurant owner. It was a shame that the foodservice industry didn’t have any analogs of the charge cards already offered by some department stores. Well, McNamara surely resolved to fill that niche.

The businessman discussed the idea with his lawyer Ralph Schneider and he found it very promising. A few months later, McNamara came back to his place of inspiration, the Majors Cabin Grill restaurant, to have a meal the company refers to as the “First Supper”. This historic event was the first time registered when someone paid his dinner bill with a cardboard credit card and a signature.

In early 1950, Frank McNamara and Ralph Schneider founded Diners’ Club offering the first multi-purpose charge card ever. The founders started the club with only 27 participating restaurants and 200 memberships per $3 that they sold to their friends and acquaintances.

The club attracted the attention of another upscale founder of the charge card business. Alfred Bloomingdale’s charge card company, “Dine and Sign” merged with Diners’ Club in 1951, when he became The Diners’ Club vice-president. The heir of the famous Manhattan department store family business became the company’s president in 1955 and chairman of the board in 1964.

The network of participating businesses quickly expanded. Restaurants were supplemented with hotels, entertainment sites, etc. Already in 1951, the multi-purpose Diners’ Club card was accepted at 42,000 establishments in most major US cities. In 1953, the Club expanded internationally, covering Cuba, UK, Canada, and Mexico. A few years later, the franchise moved to Europe, Asia, and the Middle East.

The card became extremely popular, being advertised as an elite product. In 1951, Time published an article on Diners’ Club named “Unlike other mortals”. It said: “the 42,000 members of the Diners’ Club need never pay the waiter when they wind up a spirited evening on the town. They simply sign the check, get billed once a month.” The idea was revolutionary. The card even featured in the Hollywood masterpiece “Breakfast at Tiffany’s” where the character of the unrivaled Audrey Hepburn was mesmerized by its newly revamped plastic version.

Today, Diners Club International Ltd. is a direct banking and payment services company owned by Discover Financial Services, and one of the most recognized brands in the US financial industry.

Although generally considered the first prototype of a modern credit card, in fact, Diners’ Club’s initial offer was a charge card. The difference may seem slight but it was crucial for the customers and banking institutions alike.

Charge cards have no interest fees but they require the user to pay the outstanding balance in full upon receipt of the statement, usually by the end of the month or other pre-set billing period.

Credit cards, on the other hand, allow longer borrowing terms. Customers may make monthly minimum payments on the balance over several months. They regularly pay certain interests on the amount owed.

Charge cards had existed for a while before Diners’ Club. Actually, the practice of a store owner selling something on credit to selected loyal customers was not new. It was especially popular in rural regions where farmers’ purchases could be registered on the IOU list before the harvest time. Farmers then sold spare crops and repaid the shop. Similar situations took place during World War II and in the post-war world when the local store owners sympathized with their customers’ plight. Wealthy citizens could also enjoy the privilege of not carrying cash around. Their signature was trustworthy enough whereas purchases got enlisted in a ledger book. Hence, some buyers would have their own credit accounts. Yet, they were not materialized with any kind of cards for a while.

The representation of a charge account differed. In 1865, American Express introduced the first charge card. These credit objects were issued by department stores and displayed a customer’s identification number and an image connected with the merchant. Starting from 1900, many department stores and gas stations began offering shopper’s plates to regular customers that contained customers’ names and billing addresses.

The famous Charga-Plate produced by the Farrington Manufacturing Company was a metal, dog-tag style plate with a paper backing that the customer could sign. Large scale merchants issued them primarily during the 1930s-1950s.

Also, in 1936, the Air Travel Card was designed as a charge card incentive for business travelers in which U.S. airlines extended travel credit. The card contained a unique number tied to each customer’s account. Initially valid only for American Airlines purchases, the card expanded its use across the country. Eventually, 17 other airlines began accepting it as a payment form for airfare. 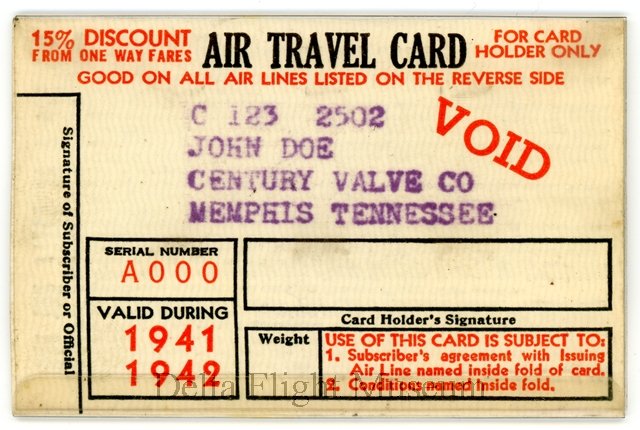 Only in 1958, the bank credit card system was introduced. It paved the way for the evolution of the previously existing charge cards to credit cards as we know them. According to the new system, money was borrowed from the bank instead of the merchant directly. First, the bank credits the account of the merchant. Then, at the end of the billing period, the bank charges the cardholder, who pays the bank either in full or in monthly installments with interest or “carrying charges” added. The first national plan was BankAmericard, proposed by the Bank of America in California. It has got licensed in other states since 1966 and was renamed VISA in 1976–77.

Where credit comes from

As we dive deeper into history, the traditions of symbolic credit objects date back to ancient civilizations. The Mesopotamian and Harappan civilizations used clay tablets for trading purposes as they were easier to carry than heaps of metal rings or coins.  Sumerians of ancient Mesopotamia also extended credit to farmers in the rough equivalent of a consumer loan.

In the Babylonian Code of Hammurabi, some laws established rules for loaning and paying back the money, including charging interest. Therefore, as you can see, credit history has its roots traced to as early as 1792 to 1750 B.C.

In the ancient Roman Empire, temples initially served as money repositories. Priests kept track of deposits and loans and were involved in currency exchange and validation. Later, other categories of financial advisors got involved in the Empire’s banking. Lending and writing checks to be paid out later were common practices among Roman citizens. Up until the dawn of the empire, it was common for loans to be negotiated as oral contracts. However, chirographum (“handwritten record”) signed in front of a third-party witness was also present as formal proof of a debt. Private credit was so popular that predatory lending started flourishing. In the early 40s BCE, Julius Caesar attempted to remedy this problem by obliging creditors to invest a portion of their capital in Italian land in order to lend at interest. Although it caused a huge economic crisis, Tiberius mended the customer credit industry by distributing 100 million sestertii to, especially chartered banks in order to make available three-year, interest-free loans.

Yet, in the Middle Ages and later, some countries didn’t tolerate or at least tried to limit loan practices out of religious reasons. For instance, in the 13th-century northern France and the Low Countries the new mendicant orders, the Franciscans and Dominicans, started vigorous anti-usury campaigns. Thus, many merchants refused to make loans at all and chose to finance town governments instead, by purchasing municipal rentes (annuities). In England, Henry VIII’s Parliament of 1545 issued a statute permitting interest payments only up to 10% (on all types of loans); any higher rates were considered usury.