Home > All materials > Who Is and Isn’t Feeling the Unofficial Recession?

Who Is and Isn’t Feeling the Unofficial Recession?

“The credit market is clearly telling the equity market: we don’t see a recession, and if we do see one, it will be a mild one,” says head of international fixed income at NatAlliance Securities, as quoted by the Financial Times. And yet, the current inflation is deemed “the hottest” in four decades. 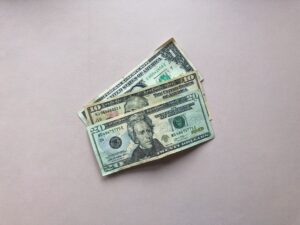 The first seven days of the new year are ripe for debt issuance. Investors ease their conditions in favour of future interest rates following slow demands of December. Despite the significant hike in the cost of borrowing, this week’s issuance totals $63.7bn worth of U.S. marketed debt. Even compared to last year’s $73.1bn issued in the first week of January, these numbers are promising. After all, interest rates soared from near zero to 4.25-4.5 percent in the span of a year.

Since peaking in October 2022, the cost of borrowing has dropped. Still, the Federal Reserve maintains that it will keep interest rates elevated until they reach 5 percent.

This is the result of ‘behind closed doors’ meetings, where the Fed, created to help the U.S. economy run seamlessly, increased key interest rates seven times throughout 2022.

What does this mean for an individual, rather than giant corporations like Ford? Since the Fed tailors its monetary policy based on data including unemployment, consumer prices, and gross domestic product (GDP), people can be encouraged or discouraged from borrowing, investing, or spending.

In an effort to combat soaring inflation, the Federal Reserve increased interest rates. This did not work according to plan, putting pressure on consumers and businesses as demand and spending inevitably halt. This effect is palpable in grocery stores and glaringly evident on gas and electricity bills. However, it doesn’t end there. Credit card rates, car interest, business loans, and mortgages are all significantly higher. As of January 2023, this trajectory has slowed, but isn’t showing signs of reversal.

Since borrowing money is more expensive than usual, the only ones coming out of the heat less-scorched are the savers. Holders of savings accounts and emergency funds are receiving greater earnings under current rate hikes. The unfortunate drawback is that for many, savings accounts had to be drained to push through the year, while those without savings accounts are likely in no position to open them.

Many worry about an impending recession, which looms in news of major layoffs all throughout the U.S. The stock market is also subject to feeling the tension and panic of investors. The only viable financial advice for companies and individuals alike is to adjust budgets, build emergency funds, and avoid or pay off debt.