Many experts firmly believe that the mobile-only banking trend will not just continue, but will also be reinforced 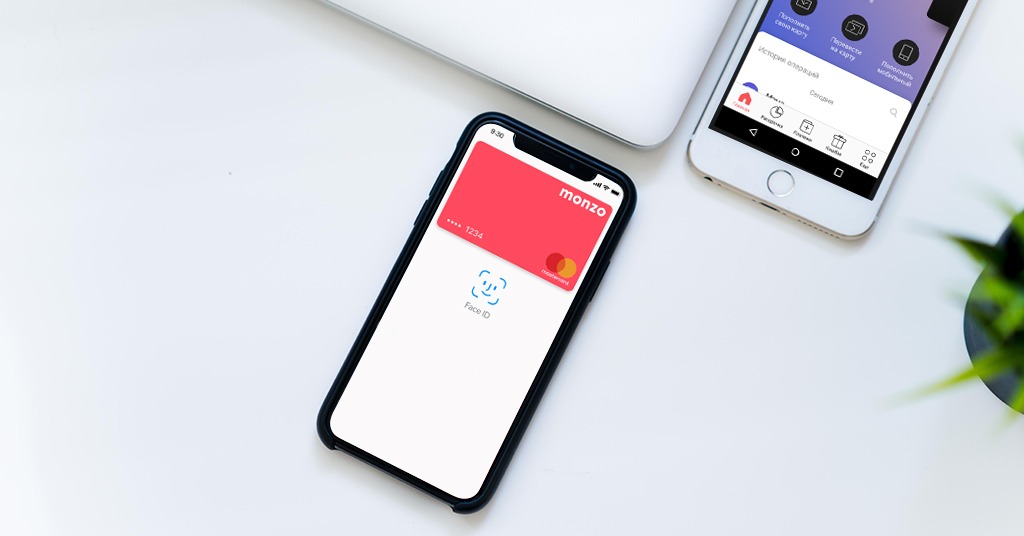 We can already see that a lot of traditional banks have launched their own mobile apps allowing clients to manage their funds without having to leave the house. However, these banks still operate using uneconomic branches.

Nevertheless, a lot of mobile-only banks have been launched lately, using no bank branches to provide service. They have already stolen a large number of traditional bank clients, especially younger people. PaySpace Magazine offers you a list of the top 10 app-only banks. 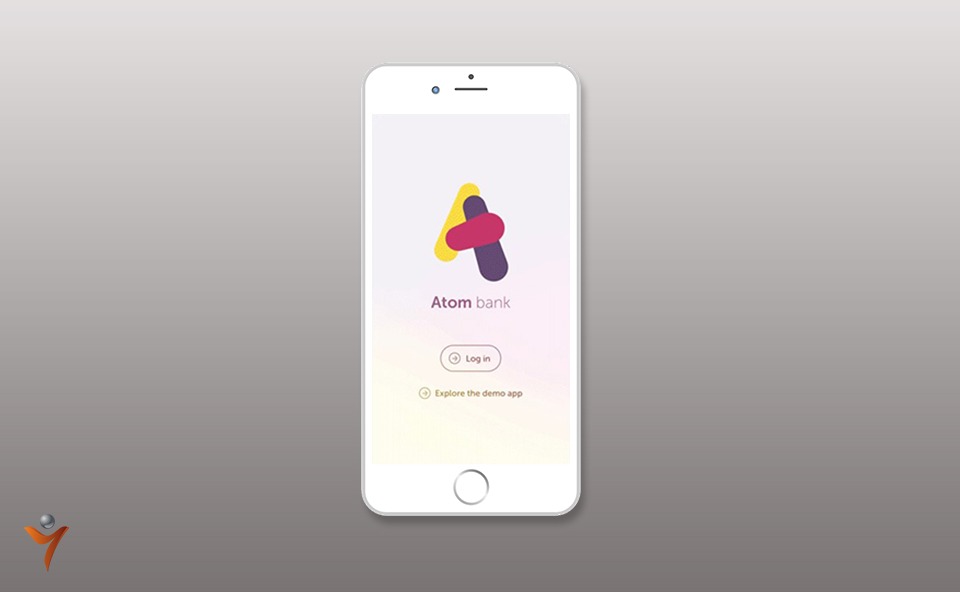 Atom Bank is the first mobile-only bank which received their banking license in June 2015. This bank has a full range of products, including current accounts and mortgages for both retail and business customers. Atom Bank has claimed that it will not necessarily undercut traditional banks, but will compete on service and convenience.

✔ Once the app is downloaded, it takes less than 5 minutes to set up an account.

✔ Verify identity via the app with a selfie (Face ID) or even voice recognition.

✔ Mortgages through its broker service, which can be accessed via its app.

✔ The bank makes recommendations, based on a client’s consumer behavior.

Available in the United Kingdom 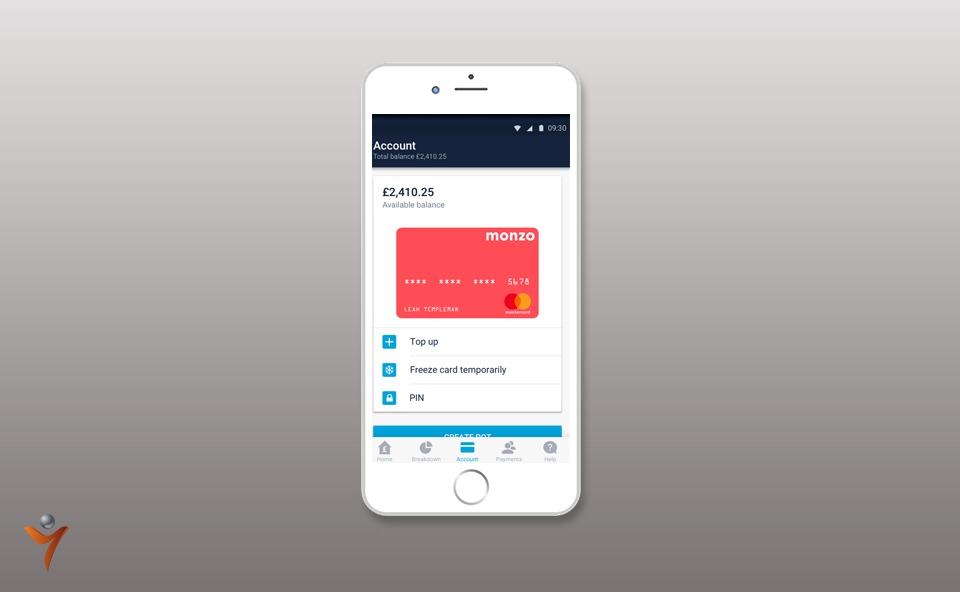 This mobile bank was launched in February 2015. Today Monzo offers operational bank accounts while the bank has over 500,000 customers.

✔ It is possible to suspend (freeze) a card immediately in the case of loss as well as “unfreeze” (unlock) it back.

✔ Customers receive a Monzo debit card as well as an account number and sort code so they can have their salary paid in and set up direct debits, standing orders, and any other bill payments.

✔ It’s convenient to use this card abroad with no additional fees (with Mastercard currency exchange rate).

✔ Money can be moved into the account using another debit card; by making a bank transfer; or through Apple Pay and Android Pay. All Monzo users can send money instantly to other Monzo customers in their phone contacts list.

✔ Overdrafts under clear and transparent conditions.

✔ Each transaction may be signed with a hashtag for convenience.

✔ Moneybox – an investment app that rounds up purchases to the nearest £1 and invests that spare change into one of three tracker funds in a stocks and shares Isa, or Junior Isa.

✔ A bill may be split (in a restaurant, for instance).

✔ A ‘spending report’ option (shows the expenditure for each month). 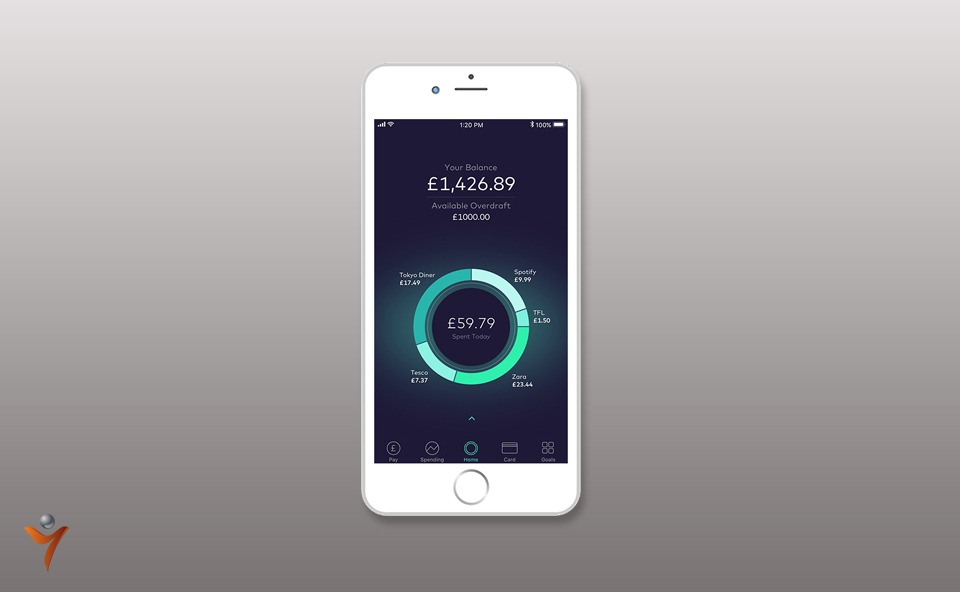 Starling Bank was launched in January 2014, but it received a banking license in July 2016. The Bank built its IT systems from the ground up, raising £48m in 2016. This app-only bank made it to the top position in the categories «Best British Bank» and «Best Current Account Provider» at the British Bank Awards 2018.

✔ It takes less than 3 minutes to set up an account.

✔ The bank has partnered with peer-to-peer money transfer firm TransferWise, to enable money to be sent overseas.

✔ Instant notifications to your phone when you spend.

✔ Convenient to use the debit card abroad with no additional fees (with Mastercard currency exchange rate).

✔ An overdraft of up to £5,000 is available, charged at 15% AER. The app features a handy overdraft sliding scale tool.

✔ The debit card may be suspended (frozen) immediately in case of loss as well as “unfrozen” it back. 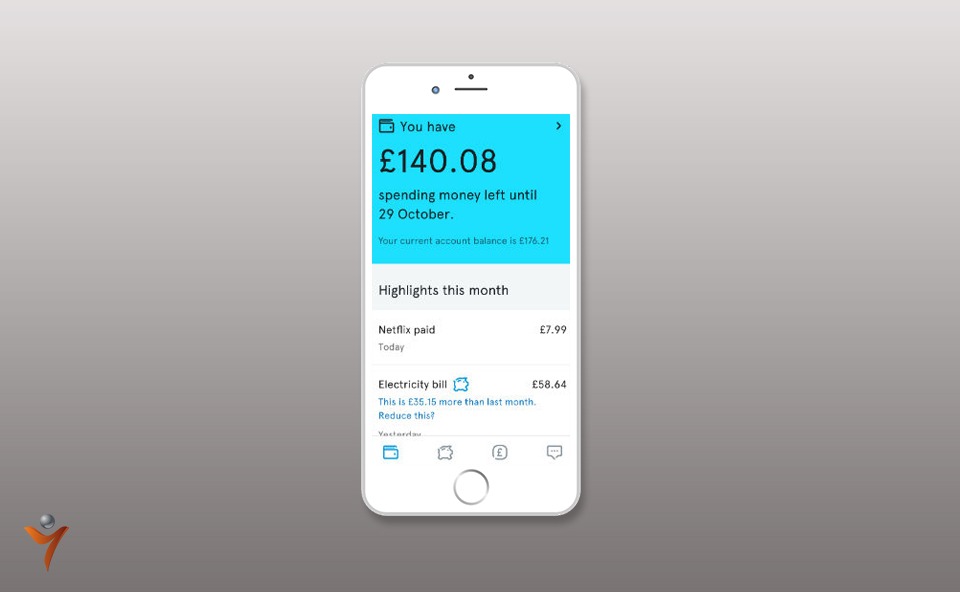 Tandem has been developed by the community of so-called «Co-Founders». They have maintained the project from the start (selecting the name) to the number of offered features and products. This challenger bank purchased Harrods Bank in early 2018 in order to expand their customer base. The bank has received a banking license and has £80M of capital.

✔ You can link multiple accounts to the tandem app. Activity on these accounts is collected on the recent highlights tab. You can also connect a credit account opened with Tandem to the app. This feature is compatible with most traditional banks.

✔ Tandem highlights transactions it sees as important, updating them on a feed. From here it helps control your finances.

✔ It looks through day-to-day spending, bills, and standing orders, using this data to advise on spending.

✔ A special credit card made for traveling has no fees for payments or cash withdrawals while abroad with 0.5% cashback.

Available in the USA 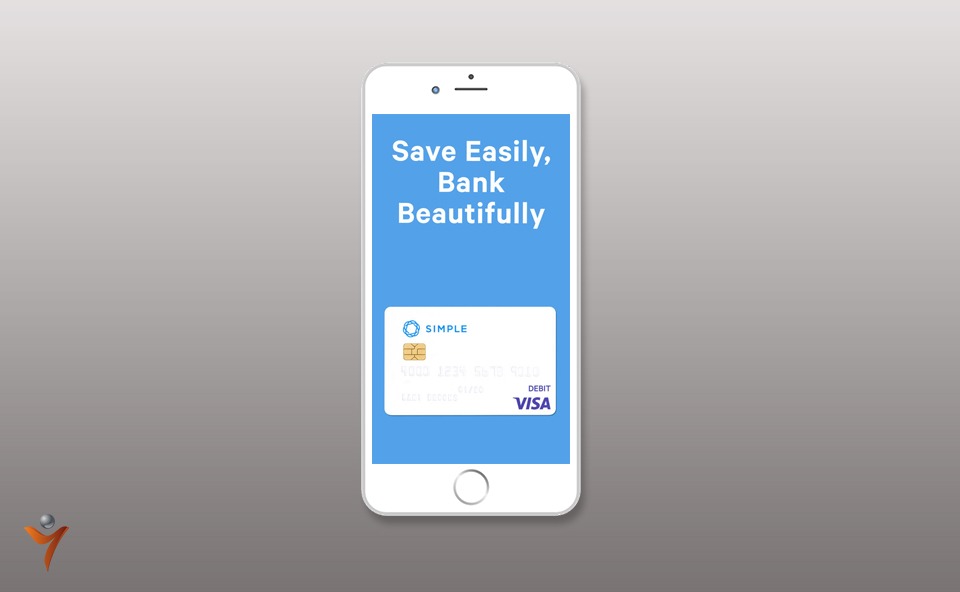 This digital-only bank was purchased by Spanish BBVA for $117M in February 2014. Simple already had 100000 clients by then. The app-only bank combines innovative technology, impeccable user experience, and expertise in behavioral economics to help its customers spend smarter and save more.

✔ Upon opening a new bank account with Simple a personal Visa debit card is supplied, just like any traditional bank.

✔ Simplified Goals – Once a future goal is set up and a certain amount is allocated towards it each month, Simple will deduct this amount out of your Safe-to-Spend balance, which makes saving money super easy.

✔ Safe-to-Spend — the client can see their account balance minus any upcoming bill payments, pending transactions, or savings goals. This feature gives users a precise picture of what they can spend today without hurting themselves tomorrow.

✔ It is possible to suspend (freeze) a card immediately in the case of loss as well as “unfreeze” it back. 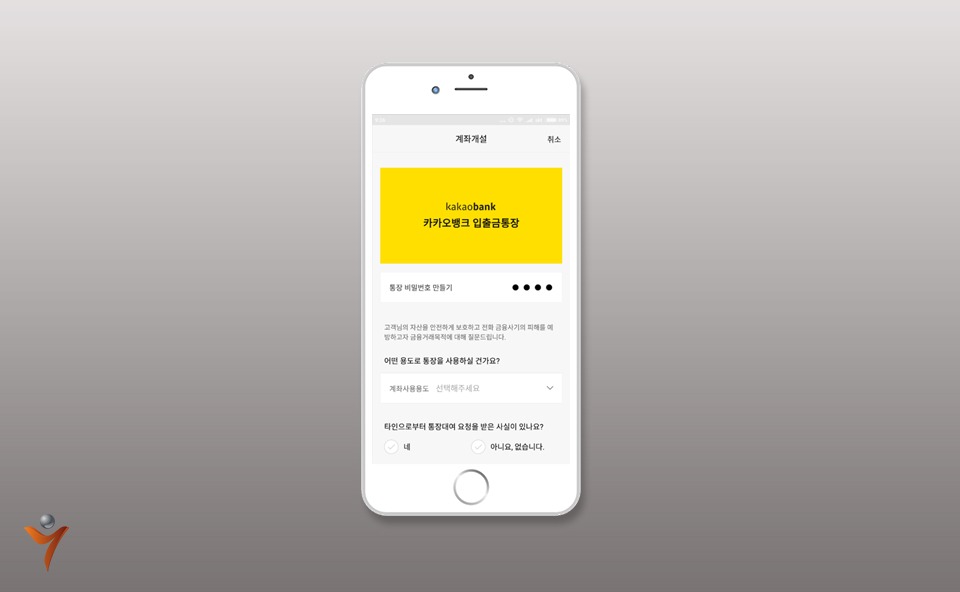 Kakao Bank was launched on 27 July 2017. More than 100,000 users created accounts during the first 8 hours. Only 13 days after the startup of this internet-only bank, it had more than 2 million users (that’s about 6400 new accounts per hour).

✔ Kakao Bank offers much lower fees than traditional banks. When talking about cross-border transfers, it only takes 1/10 of the amount, that some other banks charge (the interest rate is also more competitive).

✔ Registration takes minutes. Register using a Kakaotalk ID and link a mobile number. This option is prevalent because more than 84% of the population use this messenger on a daily basis.

✔ It is possible to take out a loan in the app.

✔ No fees on ATM cash withdrawal. However, the bank has plans to change this option.

✔ No fees on inter-bank transactions. 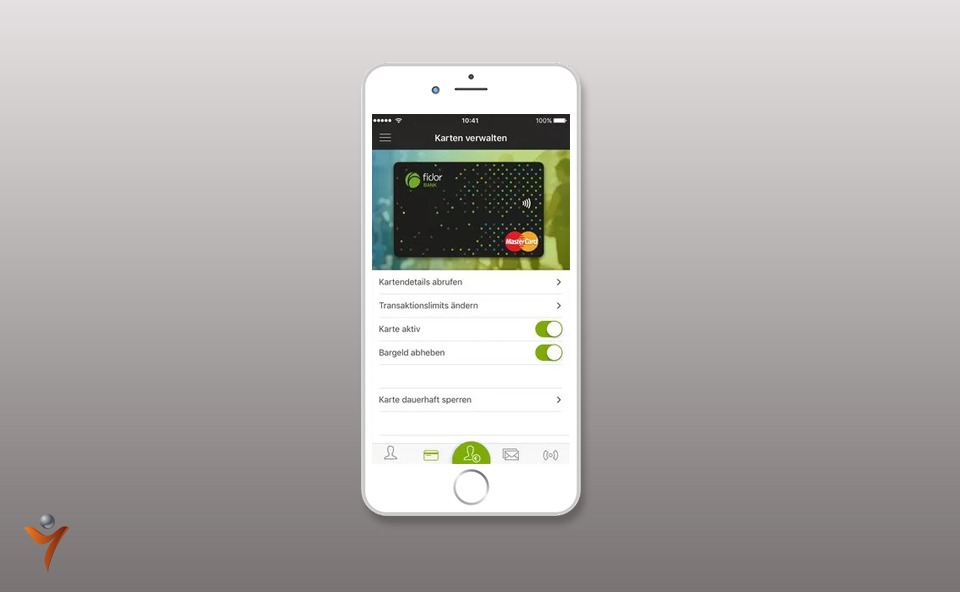 Fidor Bank was set up in Germany in 2009. The app-only bank established a very different approach to conventional banking, encouraging a two-way conversation about what features to offer and how to improve things. It was very early in the whole social finance approach and has more than 310,000 clients in Germany alone.

✔ Cash replenishment through one of the 7000 partner stores.

✔ A transaction may be made by entering either an e-mail or a recipient’s phone number.

✔ The bank has offers from third-party companies, thus, it is a fintech marketplace.

✔ Send, receive, and even request money from friends instantly.

✔ The first five ATM withdrawals are free each month.

✔ Easy to manage and track spending in real-time. 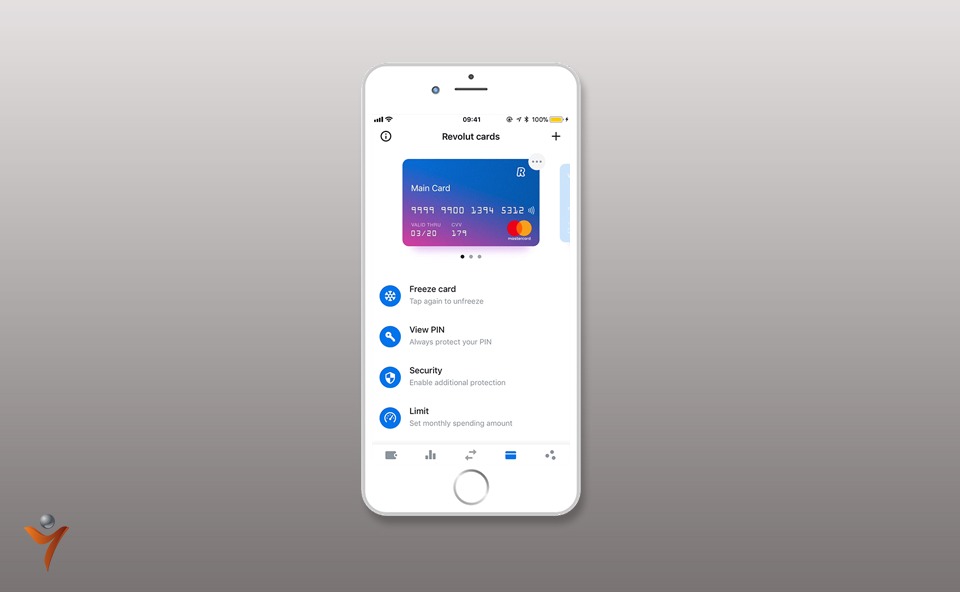 Revolut was launched in July 2015 and has reached 1.5M clients so far.

✔ Hold and exchange up to 26 currencies in the app and spend on the Revolut card in 120 currencies.

✔ Tracking of expenditures – view spending habits categorize by types of transaction, merchant, or by country. 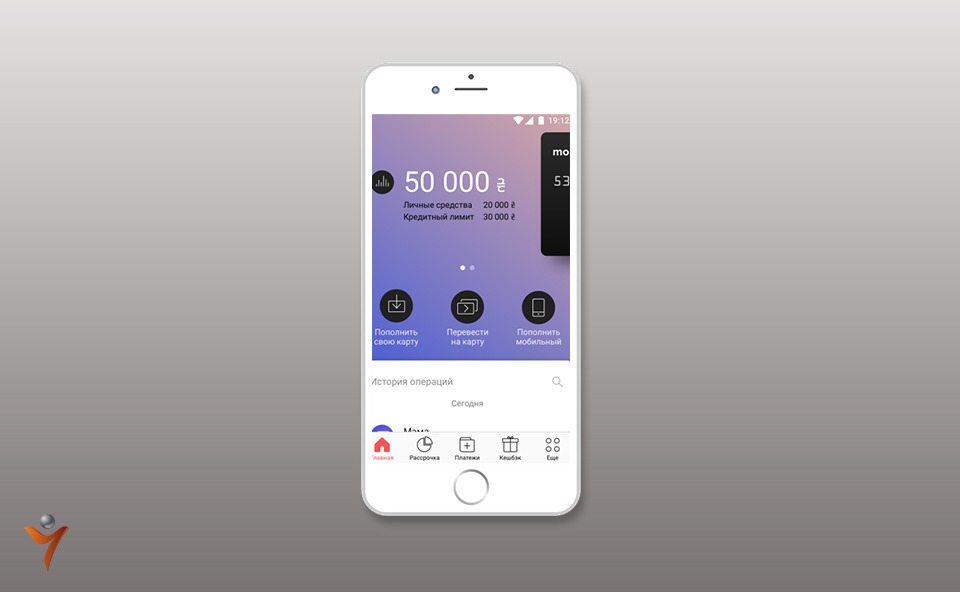 The Monobank team plan to launch their bank in the UK.

The first Ukrainian app-only bank was developed within the framework of cooperation with Universal Bank and the Fintech Bankd team. This bank was launched on 22 November 2017, and it already has more than 200,000 clients.

✔ Create an account in a couple of minutes. A personal MasterCard card is supplied on opening a new bank account.

✔ Cashback is up to 20%. Moreover, there is a choice of different categories for cashback, which change every month (but choose only 2 categories every month).

✔ Shake your phone facility – it’s enough to simultaneously shake phones close to each other to send funds.