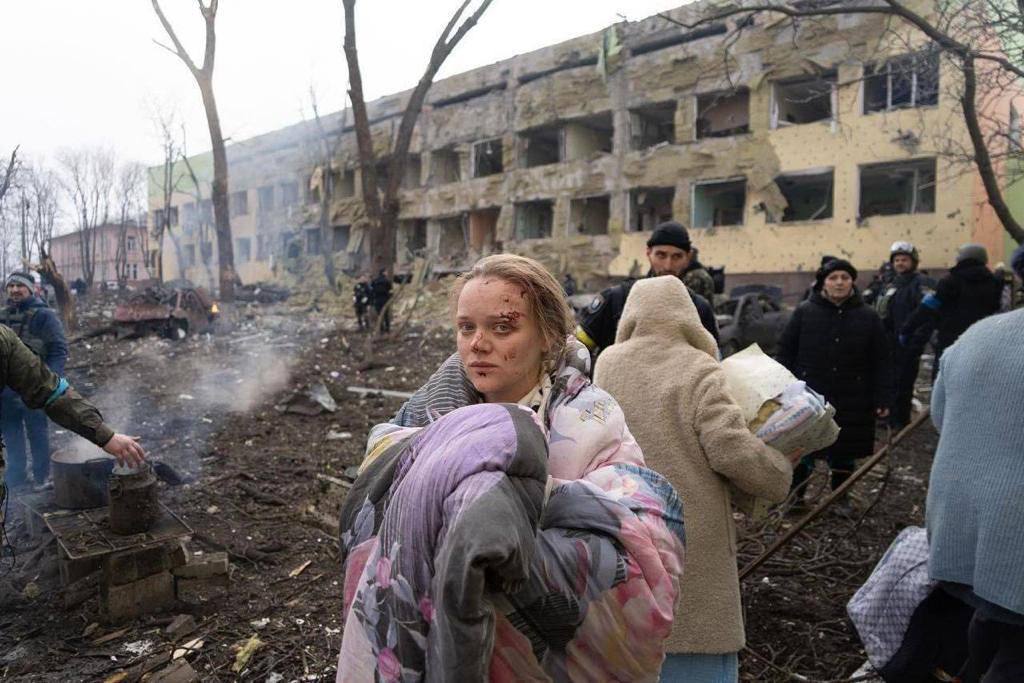 “We were born here, in Mariupol. We built the house. They also hit my mother’s apartment.”

“We have no place to live. Everyone who was left on the street was welcomed here. Lots of kids without food or water, without gas. It’s really cold, the snow is falling. We were left here. There’s no corridors, nothing. Nobody knows about us.”

”A war! How is it possible? They bomb at night when children sleep. Is it real soldiers? They hurt civilians. Kids are terrified, everyone is terrified. We get up from the bed, don’t know where to run. Here’s no bomb shelter, nothing. Here’s no military, just civilian houses. Here’s no food, not even bread. How is it possible to live here? How? I don’t know. I pray to God day and night. This Putin is just like Hitler. How is it possible to bomb civilians from aircrafts at night? Everyone sleeps. Children are sleeping, women are sleeping. Everyone is sleeping. And it flies, start circling around and bam! Here’s no military base, nothing.”

“Everyone who lose their house come here every day to sleep and then leave at morning. There’s no place to lay down. They just sit. Lots of our citizens already lost their houses. We’re asking for some green corridors, at least for children, women and elderly. After that we don’t know. We don’t want any war. We just want a normal life and peace.”

These are the messages we got from people that are currently caught in an encircled by Russian troops Mariupol.

According to the officials, the death toll in the city has already passed 1,500 but due to continuous shelling, it is impossible to calculate all the victims.

At this moment, it is too dangerous to collect all the dead bodies in the streets

For that reason, locals have begun burying dead bodies in a mass grave on the outskirts of Mariupol.

There are confirmed cases of children dying from hunger and thirst as Russian troops do not let humanitarian aid into the city.

Mariupol is cut off from electricity, heating, and water supply.

It’s not only a crime against the Ukrainian people. More than 100 Turkish citizens are in the occupied city now.

Most of their houses are destroyed so they have to hide in the mosque. There is almost no food or water, the inside temperature is below zero.