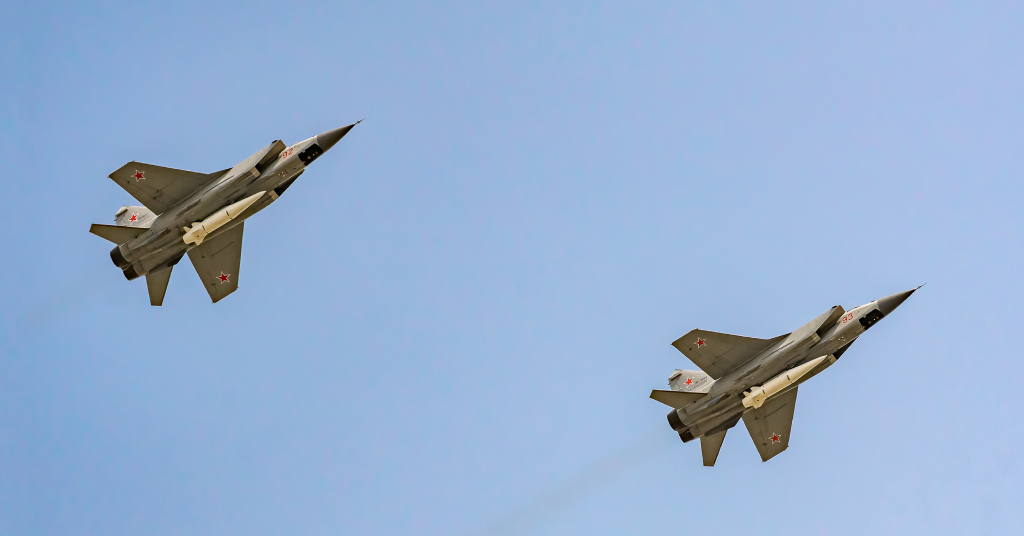 Last week, Russia claimed to use hypersonic missiles for the second time to destroy Ukrainian military facilities. Although independent sources couldn’t fully confirm all the facts provided by Russian officials, President Biden noted that using the fast-flying missiles is “the only thing that they can get through” Ukrainian defenses.

What are hypersonic missiles?

Hypersonic missiles are largely similar to other missile types, except that they are much faster. They can fly at a speed of 5-10 times greater than the speed of sound. However, it’s not only their speed that matters. Hypersonic missiles fly very low and manoeuvre on their trajectory. Their path may be well below the line-of-flight detection capability of the ground-based defense systems. They may not bring more destruction than other ballistic missiles. However, they are harder to track, so the attacked party may have less than one minute to react once such a missile is detected. There are no reports whatsoever of modernised air defense systems that can effectively withstand hypersonic attacks.

When announced in 2018, Russian ballistic “Kinzhal” (Dagger) missiles were reported to be able to change direction in-flight. That makes the air-born ammunition hard to track and even harder to destroy by existing air defense systems. According to Russian officials the Kinzhal can hit a target up to 2,000km (1,240 miles) away and can fly faster than 6,000 km/h. For your understanding, if those hypersonic missiles were launched from Crimean airspace, as Russian defense ministry spokesman Major General Igor Konashenkov said before, they could easily reach not only the farthest regions of Western Ukraine but also most of the neighbouring European countries. The Kinzhal can carry both conventional and nuclear warheads.

Moreover, Kinzhal is only one missile in a series of hypersonic weapons developed by Russia. The other hypersonic missiles are the Zircon and the Avangard, which are both faster and have a greater attack range. Zircon hypersonic cruise missiles can be launched from warships and they are hard to see on traditional anti-missile defense systems. These missiles were successfully tested last November.

Meanwhile, Avangard is a hypersonic glide vehicle that was put on combat duty in December of 2019. It is also nuclear-capable. This way, there’s a range of hypersonic warheads at Russia’s disposal that can be launched from air, land, or sea, and target the whole territory of Ukraine as well as practically any European country. The number of such missiles in Russia’s possession is unknown.

Besides Russia, only the US and China have already-developed advanced hypersonic missiles and warhead systems. At present, India, Japan, Australia, France, Germany and North Korea are also among the countries to have tested a hypersonic missile. However, their projects are still in development.

When and how was Kinzhal deployed?

According to the Russian Defence Ministry, it has deployed “Kinzhal” (“Dagger”) hypersonic aeroballistic missiles in two attacks in Ukraine. The first one targeted a large underground warehouse of Ukrainian missiles and aviation ammunition in Delyatin, Ivano-Frankivsk region of western Ukraine. The second attack was aimed at a large Ukrainian fuel storage base in the Mykolaiv region.

The Russian Ministry of Defence also shortly released footage that it claimed showed a Kinzhal striking an underground weapons depot in Western Ukraine. The video itself was fake. Firstly, the viewers noticed snow on the ground which was nowhere to be found in the region at the time. Later, US defense resource The Drive analysed the footage and concluded it showed a farm in Eastern Ukraine rather than the target video claimed to capture.

Although many of the messages provided by Russian authorities are fake, Ukrainian Armed Forces representatives did confirm the fact of the attack at Delyatin. The targeted warehouse is situated near the country’s borders with multiple NATO members. At the same time, the type of missile used is still undefined. Most probably, defining whether the one that hit the underground warehouse was truly Kinzhal would be challenging. In fact, the much-spoken Dagger missile is a modified version of the ground-launched 9K720 Iskander — a short-range ballistic missile — with a new guidance system. Therefore, distinguishing one from another is quite hard. Nevertheless, the move tells a lot about the changes in the Russian offensive rhetoric. Instead of just targeting Ukraine, the Kremlin is now extending its threats to the whole of Europe.

What does this mean?

As President Biden noted, “There’s a reason they’re using it.” In his statement, the US President highlighted the inability of Russian military forces to get advantage on land, thus, using the “unstoppable” airborne missiles to escalate the attacks. However, the reason for the alleged use of a hypersonic missile is not as obvious as it may seem. An anonymous senior U.S. Defense official, who spoke to CNBC, questioned the logic of using an expensive hypersonic missile to fire from not that far away and to hit a building. Apparently, this may be another Russian gimmick, which doesn’t make it a less troublesome signal.

James Bosbotinis, a UK-based specialist in defense and international affairs, said on Twitter that “Russia’s reported use of a hypersonic air-launched Kinzhal against Ukraine” would act as both “a signal to Ukraine that Russia has options to escalate, and a message to NATO.”

Currently, official Russian propaganda media channels are full of threats to the EU and NATO. For instance, State Duma Deputy General Vladimir Shamanov said that Poland will be “smashed” if it tries to intervene in its war on Ukraine. In a response to a Polish proposal to send a UN Peacekeeping force to Ukraine, Shamanov added that the final stages of the war would “take place near the Ukraine-Poland border” and that Poles would receive a response “under the full scheme”, which would include hypersonic missiles. Poland is not the only country mentioned as a possible target by Kremlin propagandists.

Ukraine’s neighboring countries Poland, Moldova, Lithuania, Latvia and Estonia, NATO members that were once part of the former USSR express fears they could face Russian aggression next. “Putin will not stop in Ukraine if he is not stopped,” said Lithuanian President Gitanas Nauseda.

As NATO forces are still not eager to intervene in the Russian-Ukrainian war and take bold actions, enhanced sanctions are the last vague chance to diplomatically address the clear threat Russia is making towards the whole civilised world and the integrity of Europe. Apparently, the Kremlin still feels confident enough to challenge world leaders and persist with the brutal war, defying all military conflict rules and humanitarian concerns. Whatever reasonable actions can be done to prevent further escalation – they shouldn’t be delayed.

Besides, the alleged attack is a sign of much-needed investment in modern defense systems against hypersonic missiles. Whether Russia is bluffing or not remains to be seen, but it shouldn’t be taken for granted.