Former Microsoft CEO Bill Gates and his secrets for success

Take off the blinders, follow your dream, and never give up 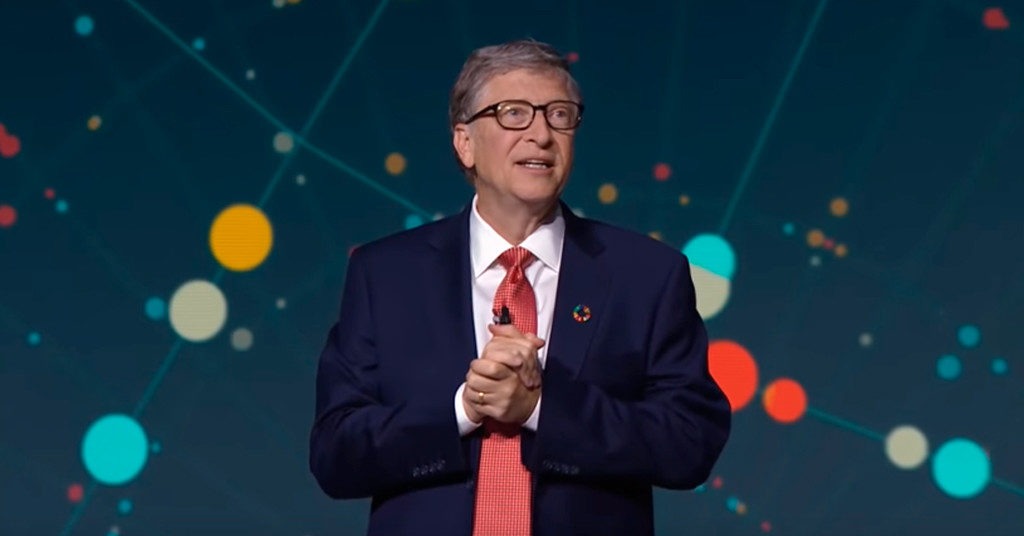 Today, on October 28, Bill Gates, the second richest person in the world, according to Forbes magazine, is celebrating his birthday. Bill Gates always was in the top 10 richest people of the world list for the last 18 years. Moreover, mostly he was №1.

Once Gates said that daily desire for undue optimism and political correctness mold the new generation, which runs away from the real world, and lives quite far from it. And this, in its turn, is one of the factors leading to failure.

So, what does he advise?

Whatever Bill Gates does, he is concentrated on the positive result (the desired one). Everybody who negotiated with Bill noted his extraordinary toughness in the way he was making deals and during the transactions. Not without reason, people call him a clear expert for rivals eliminating.

2. Be afraid of failure but within reasonable limits.

It will help you to be more effective and more focused. However, it is vital to maintaining a balance between fear and common sense. Excessive fear can instigate you to put your hands down and give up. You should take setbacks and challenges of life in stride, since it is a part of our life, and sometimes they are our best teachers.

Going to the challengers’ sites is a daily morning ritual of Bill Gates. Do not ignore the success of your competitors.

A good manager has to take bad news calmly and courageously. Anyway, there is no use to panic. Stay cool, do not lose your composure, and you will solve any problem (nobody says it will be easy, but one way or another, panic and loss of control certainly will not facilitate the process).

5. Keep everything under control.

The key to the success of Microsoft is that its chief knows for sure how to manage multiple projects. Microsoft employees say he is able to answer several phone calls/have a couple of conversations, and each of them will be a difficult important issue. By his own admission, Bill Gates is ruled by a constant fear that he will miss the next “big deal”, or at least something important.

6. If you want a decent result – hire only smart ones.

Gates really hates mediocrity, and from the very beginning, he insisted that the company needed only smart, outstanding, and bright employees. Nowadays, in the world of tolerance and political correctness, many people consider it an “elitist’s” mindset, but nobody can argue with the results of the company, relying on this very mindset.

If you want to accomplish something, do not wait for the New Year, new month, or Friday. If you do not like your job – change it right away, if you want your own business – sit down and draw up a business plan for it immediately. Do not waste your time on things you are not interested in.

8. Do not expect gratitude and appreciation.

Gates learned an important lesson – fame and villainy have always been inseparable. You can’t be a famous and successful man without making enemies.

9. Pay no attention to your success.

However paradoxical that may sound, but Bill Gates is sure that success is deceiving and volatile. Once you succeed, do not mess around and set new goals.

10. Do not stick to the mainstream.

A crowd does not always go in the right direction, so it is better to choose your own development vector.

Many successful people are the men of few words, but Bill Gates, on the contrary, is known for his quotes. Sometimes they are straightforward and some people say that the truth is always horrible, but anyway, these quotes are worth to be mentioned:

2. The world won’t care about your self-esteem. The world will expect you to accomplish something beforehand.

3. You will not make 60,000$ a year right out of high school. You won’t be a vice president with a personal driver until you earn both.

4. If you think your teacher is tough, wait till you get a boss.

5. Flipping burgers is not beneath your dignity. Your grandparents had a different word for burger flipping; they called it opportunity.

6. If you mess up, it’s not your parents’ fault, so don’t whine about your mistakes, learn from them. Change your attitude to failure.

7. Your school may have done away with winners and losers, but life has not. In some schools they have abolished failing grades; they’ll give you as many times as you want to get the right answer. This doesn’t bear the slightest resemblance to anything in real life.

8. Life is not divided into semesters. You don’t get summer off and very few employers are interested in helping you find yourself. Do that on your own time.

9. Television is not real life. In real life, people actually have to leave the coffee shop and go to jobs.

10. Be nice to nerds. Chances are you’ll end up working for one.