Home > Tech > Biometrics, robots, and AI: what do the most innovative airports offer

Biometrics, robots, and AI: what do the most innovative airports offer

Find out about the most advanced airports and airlines worldwide, whose customers would surely be provided with the most innovative services 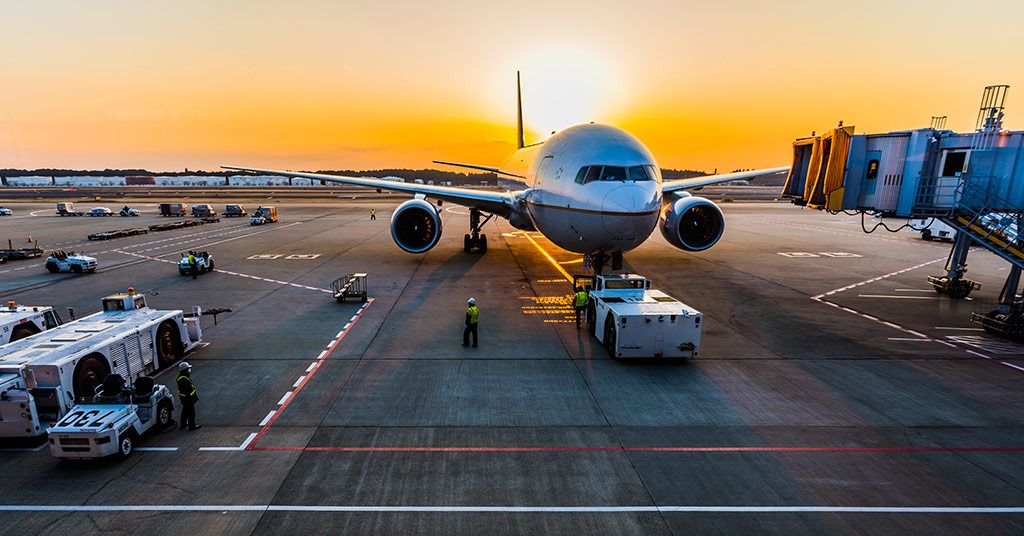 Biometrics, robots, and AI: what do the most innovative airports offer? Source: unsplash.com

In 2017, a flight-related record was set: no less than 4B people used the services of airlines all over the world. Due to the strong demand for air travel, PaySpace Magazine has discovered which airports offer the most innovative services.

Biometrics, or face scan instead of a boarding pass

In 2017, Changi Airport in Singapore introduced self-service terminals with biometrics. Thanks to this innovation, passengers can carry out all the check-in-related procedures by themselves. Thus, they can print boarding passes and luggage tags, and after scanning their passport, boarding pass and fingerprints, place luggage in an automatic baggage check-in machine. In addition, the airport’s automatic checkpoint uses face recognition technology.

In 2018, Dubai airport, which is considered to be one of the busiest airports in the world, was endowed with a biometric tunnel for passport control. The “Smart Tunnel” can really save a lot of time since you can pass the control procedure in just 15 seconds if you use this tunnel. The technology is based on automatic face recognition and personality identification. No less than 80 cameras scan passengers, while the tunnel is stylized as a virtual aquarium. However, to date, the technology is available for passengers of the first and business classes only.

Delta Air Lines has installed a face recognition technology device at one of the terminals of Hartsfield-Jackson Atlanta International Airport (ATL), which is the world’s busiest airport by passenger traffic (as of 2018), and therefore, the air carrier decided to simplify a passport control procedure.

In May 2019, face recognition terminals were also installed at Los Angeles International Airport (LAX). According to the contracted company Vision-Box, which was in charge of installing the terminals, all the passengers (494 people) of one flight managed to register in just 18 minutes. In the summer of 2019, Vision-Box also installed its terminals in Bangalore, India.

London Gatwick is the first UK airport to introduce a face recognition system to verify identity before a passenger is boarded. The innovative feature was launched this year. According to representatives of the London airport, the technology should reduce the time a passenger stays in line for check-in. However, travellers should still bring a passport with them.

In 2018, representatives of Incheon International Airport, South Korea, reported that the airport would be equipped with modern intelligent technologies in the very near future. In particular, they were talking about biometrics, such as face recognition technology. What is more, passengers can use the delivery service to send their luggage to the airport, as well as send it from the Incheon International Airport. AI-based chatbots will provide round-the-clock service at the airport through the KakaoTalk app. Moreover, starting from 2023, robots will provide parking services.

By October 2020, the US Customs and Border Control Protection plans to introduce face recognition systems at all airports in the country despite a report by the Department of Homeland Security issued in 2018, which noted that introduction of face recognition in airports would hardly be possible due to technical and operational problems (at least as of Q4 of 2018). Thus, it as decided not to introduce this type of biometrics at airports until 2021.

Overall, according to the consulting firm Acuity Market Intelligence, there will be a threefold increase in the number of biometric devices and self-service systems at airports by 2022, and total revenue will be around $1.3B.

In the same year, Haneda Robotics Lab conducted a series of tests of several robots at Tokyo International Airport (commonly known as Haneda Airport). The first device Reborg-X, equipped with a touch panel and intrusion detection technology, is planned to be used to ensure security (acting as a security guard). The device is also supposed to accompany passengers.

Box-shaped robots OTTO 100 and OTTO 1500, which have already been put into operation at factories in the USA, can independently move around the terminal due to special sensors. They want to use them at the airports as the transporters of heavy luggage.

They also plan to use another robot called Relay. This one is supposed to deliver small packages that can be stored inside its hollow cylindrical body. Relay is expected to deliver groceries and goods from airport stores to customers resting in lounges.

What’s more, the compact robots Cinnamon and Robocot have been tested in Tokyo. The major aim of these robots is communication with passengers. Both robots are equipped with AI in order to carry out their core functions.

AI KIZUNA is another type of robot developed for communication with passengers. Basically, it is a customer service system, which answers passengers’ questions in Japanese, English, Chinese, and Korean in the form of video chat. Questions can be asked both orally and by typing.

On top of that, Hearable Device robots, which were designed for airport workers were tested. These are very tiny devices made in the form of wireless headphones, which consist of a microphone, speaker, and sensor. The robot’s major task is to search for airport employees and control them.

In 2018, Singapore Airlines Group launched the KrisPay service, which is called the world’s first blockchain-based digital wallet for air carriers, as part of the KrisFlyer loyalty program.

Using KrisPay, a user can spend saved KrisFlyer miles and affiliate bonus points on various purchases. For example, you can buy fuel for your car at Singapore filling stations. Other KrisPay partners include restaurants, dry cleaners, food and alcohol stores, IT retailers, clothing brands, and many others.

The German airline Lufthansa also plans to use the potential of blockchain technology as part of the Lufthansa Innovation Hub project. Thus, the company announced the Avia Blockchain Challenge initiative in 2018.

In the summer of 2018, a cryptocurrency ATM appeared at Amsterdam Airport Schiphol. Passengers can exchange euros for Bitcoin or Ethereum there. In the same year, Brisbane Airport, Australia, launched a program that allows passengers to pay with cryptocurrency for purchases at several terminal stores.

VR during the flight. In early February, the Spanish company Iberia Airlines tested virtual reality technology directly on board an aircraft. The goal of the product, which is called Inflight VR, is to entertain passengers during the flight. Using a special device, airline customers will be able to play games, watch movies and videos about travelling in 3D (for 360-degree panoramic illustration).

Delivery of goods from the airport and baggage repackaging. The recently opened Beijing Daxing International Airport, together with JD Logistics, has announced several new services:

Other airlines based at Indianapolis International Airport, such as Delta, Frontier, United, and Alaska, also have self-service terminals, although this doesn’t exclude the possibility to check-in the conventional way.