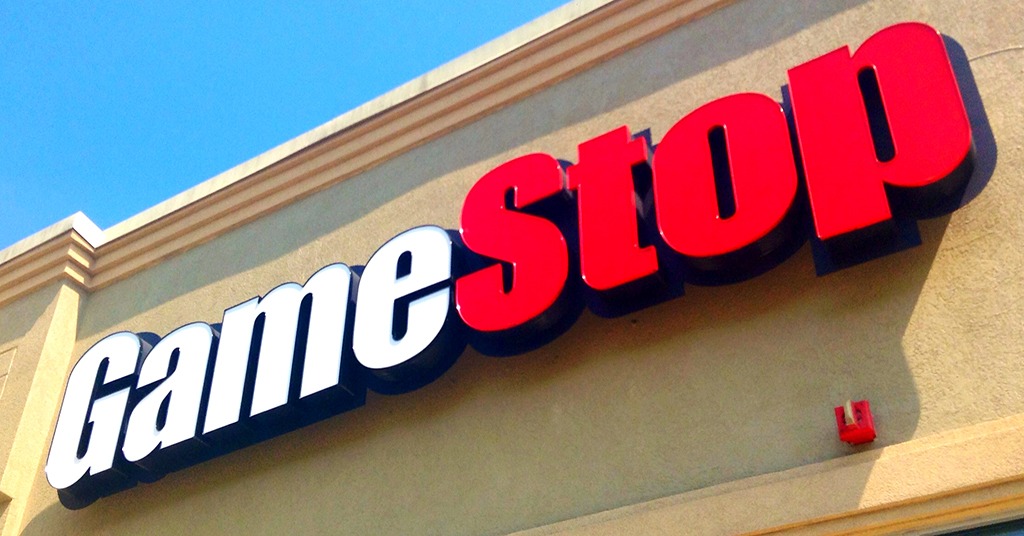 Indeed, 2021 is not less surprising than its predecessor. The very first month had already brought a few outrageous events disrupting the regular Wall Street agenda.

It’s all over the news headlines today and PaySpace Magazine can’t help but explain what the fuss is all about.

When you are asked about the top-performing stocks, the name of GameStop, a beleaguered predominantly brick-and-mortar retailer, offering video games and entertainment products, is not likely to come to your mind. And yet, here it is. In late January, the share price of GameStop rose to an incredible $380, outperforming Tesla, Apple, Microsoft & Co. It even beat the most expensive publicly traded stock of all times – Warren Buffett’s Berkshire Hathaway. The most surprising fact about this sudden soaring was that the company’s shares traded at about $4 during February- August 2020.

Though the company’s performance didn’t change a bit, its stocks skyrocketed. Those unfamiliar with the Reddit social network must have been shocked. Yet, people who are following the r/wallstreetbets subreddit were not surprised. In fact, they played a vital role in that uprise.

Back in 2019, a Reddit user Keith Gill, known as “Roaring Kitty” in some social networks, invested $53,000 in the video-game retailer GameStop and posted that on r/wallstreetbets. While many users mocked his choice, some people supported him. When they discovered that big hedge funds were profiting off GameStop’s steadily declining business by shorting its stock, small retail traders flocked to change the game rules. WallStreetBets and others reasoned that if they started buying out GameStop stock, short-sellers would eventually have to cover their positions together, driving the price way up. This strategy is not new and called a “short squeeze”.

With the help of low-to-no-commission online brokerages like Robinhood, one-time investors started to massively buy GameStop shares. The unexpected demand caused the stock shortage, thus, increasing its price. In their turn, the big-money hedge funds that had bet against it had to buy stocks back to cover the short positions and prevent further losses. Since funds had to pay inflated prices, they lost a lot of money instead of earning on the predictable decline. One of the major hedge funds that had shorted GameStop’s stock, Melvin Capital, had to get a $2.75 billion loan from two other investors after it encountered huge losses. Overall, hedge funds have lost at least $12 billion so far.

What triggered the market revolution

To begin with, Keith Gill may be an influencer, but his opinion alone wouldn’t be enough for hundreds of people to get so involved. The interest of small investors was fueled by other interesting events surrounding GameStop.

For instance, last fall, Ryan Cohen, the founder of Chewy, purchased a 10% stake in the struggling video game retailer. He joined GameStop’s board of directors along with two allies, insisting on a radical change to GameStop’s strategic priorities. Cohen suggests the company needs to give up its continued brick-and-mortar retail focus altogether and move to “a technology-driven vision.”

Several other analysts who follow GameStop also suggested that the company is not nearing its doom day yet. Thus, Stephanie Wissink, an analyst at Jefferies, rated the stock a “hold” with a price target of $15, considering the company could succeed if it transitioned to selling more digital games and exploiting its loyal customer base. Michael Pachter, an analyst at Wedbush, wrote he had a “positive bias” on the stock and praised the company’s new omnichannel marketing strategy.

Michael Burry, an investor known as the architect of “The Big Short,” also identified overlooked value in the video game retailer. He addressed the board of directors noting that the board could easily buy back most of the outstanding shares, tripling the financial payoff for shareholders, including himself.

Despite the above mentioned optimistic prognoses, individual investors usually find it hard to bet against institutional investors. Unless they stand together which they eventually did, explaining the plan in a Reddit post called Bankrupting Institutional Investors for Dummies.

The media labeled the ongoing conflict between the Wolves of Wall Street and Reddit users as a “generational” one. Namely, it seems that the new generation of investors is out there and ready to take part in the game, but the well-established “boomer” institutions don’t let the strangers in.

Among the many aspects of this story that are strange, what is so unusual is the peculiar vigilante morality of the traders pumping the stock. They seem hell-bent on taking on Wall Street, they seem to hate hedge funds and threads are peppered with insults about 'boomer' money. It's a generational fight, redistributive, and all about robbing the rich to give to the millennial 'poor'
Neil Wilson, Chief market analyst at Markets.com

In addition, many of the investors behind the extraordinary rally in GameStop and other shorted shares cite the 2008 financial crisis as motivation. They believe Wall Street banks certainly played a role in that recession. It’s widely believed that hedge funds caused the 2008 financial crisis by adding too much risk to the banking system. Moreover, big financial institutions received a generous government bailout when most ordinary people didn’t get enough to fully recover.

Whether there’s any point in those arguments, big banks and hedge funds evidently play by different rules than retail investors. They have more capital to leverage in speculating the market trends. Shorting stocks is a vivid example. Shorting means borrowing shares that you don’t own and then selling them to another investor. Hedge funds and big institutions can make it on a much larger scale, shifting the price of a stock for their own benefit, and leaving retail investors far behind with fewer opportunities to make a profit. Perhaps, some smaller investors do hold a grudge against big market players and took a chance to get back at them.

By and large, the whole situation reminds a big nice prank. Considering that most of the GameStop frenzy investors are very young, they may have done it just for fun. Although some of them did make a solid profit in between. For instance, Keith Gill alone had a roughly $20 million daily gain on his GameStop stock and call options after the company’s shares hit an intraday high of $380.

The movement was further encouraged by the now-famous tweet of Elon Musk “Gamestonk!!” with a link to the Reddit forum. Musk has previously been critical of short selling, claiming it to be a “legal” scam. His negative attitude is apparently linked to the fact that for many years Tesla has been expected to fail and still is a subject of massive short selling. Although not being one of the traders bidding up GameStop, Musk’s informal support was enough to heat the frenzy. After all, who doesn’t want to be on the same page with the famous visionary?

Simple-to-use trading platforms like Robinhood increasingly use zero-commission policies to make investment available to everyone. When the pandemic started, lots of bored people seeking some kind of financial stability turned to day trading on the stock market. TD Ameritrade reported that visits to its website giving instructions on trading stocks have nearly quadrupled in the first half of 2020. Another online platform Wealthsimple Trade recorded a 54% surge in new users and a 43% rise in total trades. Investing app Robinhood also saw “record” deposits in the first quarter of 2020, with daily trades up 300% compared to late 2019. Most of the new users were risky Millenials eager for some extra cash.

A lot of people are at home and have got more time on their hands. And many, unfortunately, have lost their jobs and are looking for new opportunities. Younger investors are looking for ways to recoup their money. They’re really interested in low, beat-up stocks
Jeff Bishop, Raging Bull Trading’s founder

After the unbelievable surge, GameStop stock lowered to a bit more reasonable level. At the moment of writing (Feb 2), it’s trading at about $110 which is still an incredible 2650% increase over a year. Experts predict the unfounded rally won’t last long. On January 27, Bank of America (BAC) issued a note on the stock, increasing its price target from $1.50 to $10 but reiterating an Underperform rating. The 8 analysts offering 12-month price forecasts for GameStop Corp polled by Money. CNN have a median target of 12.50, with a high estimate of 33.00 and a low estimate of 3.50.

Today, Robinhood offers only “limited buys” of GameStop, AMC, and other stocks that Reddit users decided to bring up. Ameritrade and Charles Schwab also introduced some limitations. They said they had to do this to reduce their risk and to comply with “financial requirements”.