Taliban’s takeover of Kabul: what’s next for Afghanistan’s economy?

What can happen to the economy of the country taken over by the Islamist group? 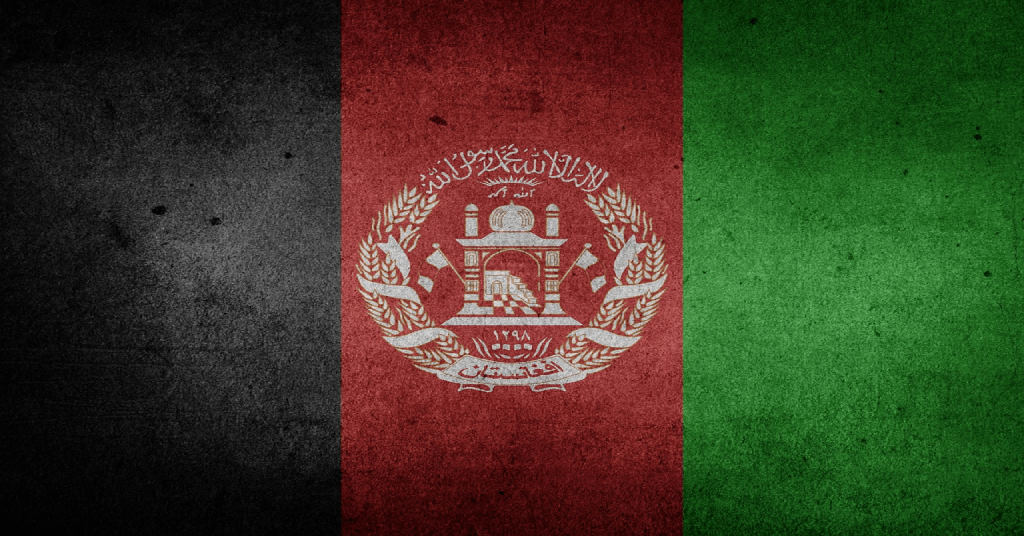 As tragic events unfold in Afghanistan, fear and uncertainty are creeping into the hearts of both Afghans and international observers.

On Sunday, August 15, Afghanistan witnessed a change of power. Though the American troops were scheduled to leave the Afghan grounds by the end of August, President Ashraf Ghani didn’t wait for the deadline and left the country. Taliban forces, who had been taking over region by region over the last few months, entered the capital of Kabul and formally took control of the country.

Although the power transition was “peaceful”, a lot of turmoil surrounds Hamid Karzai International Airport – the last exit point. Western embassies immediately started moving their staff out of Afghanistan using military transport planes. Panic-stricken Afghan citizens who worked with Western armed forces, governmental agencies, non-governmental organizations, or media outlets also rushed to Hamid Karzai International Airport seeking a way out of the country. Some even jumped on the plane’s wheels and fell off in daring attempts to escape. Despite the promises of “safe passage”, reports reveal that some citizens were violently turned around at checkpoints, unable to reach the airport.

Some countries have already started offering temporary refuge to people fleeing the borders of Afghanistan. However, without passports or visas, the majority of Afghans cannot go anywhere. What are they to expect now, when the Taliban regime is back?

The Taliban had already held power over roughly three-quarters of Afghanistan during the period of 1996-2001. Their brief rule ended with the deployment of the American-led military forces following the tragic 9/11 events. The regime is characterised by extreme Sharia laws, the absence of basic rights for females, as well as cruel Medieval forms of punishment.

There is limited data on economic growth in Afghanistan over the twentieth century. Namely, the World Bank doesn’t provide any GDP overview for the country from 1981 to 2001. According to some sources, the GDP constantly fell at about a 5% annual rate when the Taliban held the reign. At the same time, GDP per capita decreased by 7-9% per year.

A tough political situation and constant wars made Afghan economic progress highly dependable on foreign aid. For the last twenty years, Western allies have tried to boost the country’s economy. Foreign grants have financed around 75% of public spending. A lot of efforts were made to develop the private business sector, increase financial inclusion and improve the overall social conditions for Afghan citizens. With foreign monetary support, Afghan GDP grew from $4.05B in 2002 to $19.8B in 2020. Nevertheless, its population still remains among the poorest in the world.

In addition, as military conflicts continuously spread across the country, it’s estimated that conflict-related violence reduced annual national revenues in 2016 by around 50%, which constituted about 5% of GDP, or roughly $1 billion. The GDP figures have slowly crawled down since the former Trump administration first declared future withdrawal of the American military. Although the new US President negotiated withdrawal dates with the Taliban a few times, the ultimate outcome remained unchanged. Afghanistan needs to solve its economic and political problems by itself now.

It is unlikely that Western countries will continue to provide financial aid to the extremist government which welcomed al-Qaeda terrorists during their last rule. Moreover, thousands of citizens are rushing to abandon the country, significantly decreasing its domestic workforce. Thus, the economic slowdown in the country is imminent.

We believe further economic changes will largely depend on international partnerships the Taliban will either manage or fail to maintain. In Afghanistan, exports account for around 20% of GDP. Its main export partners are Pakistan (48% of total exports), India (19%), and Russia (9%). Others include Iran, Iraq, and Turkey.

International trade will clearly be negatively impacted for a while. In fact, import and export shipments have already been stranded since air traffic was disrupted.

Praveen Khandelwal, secretary-general of the Confederation of All India Traders (CAIT) has already warned there would be a complete standstill in trade with Afghanistan for a certain period as the situation could worsen in the war-torn country. In addition, prices of some commodities imported from Afghanistan may go up in the Indian markets due to uncertainty over bilateral relations and trade.

Strange as it may seem, not all countries are opposing the insurgent Afghanistan government. Predictably, Pakistan, Iran, and Russia don’t mind the Taliban rule, leaving their diplomatic missions open in Kabul. However, the Afghan Taliban may also soon get a new powerful ally.

Soon after the takeover, a Chinese foreign ministry spokeswoman said Beijing was ready for “friendly cooperation with Afghanistan.” China declared it respected the political choices of the Afghan people, although the changes clearly aren’t the result of free will expression.

Chinese economic and political interests in the region have grown considerably since the 1990-s. A dozen years ago, Chinese firms signed contracts to mine one of the world’s largest untouched copper deposits that happen to be in Afghanistan – Mes Aynak. By approximate estimates, it contains about 450 million metric tonnes of ore worth at least $50 billion. The contracts not only promised favourable premiums and royalty payments to the Afghan government but also secured the construction of critical infrastructures such as a railway and a power plant. However, copper extraction never started due to a number of reasons, including security issues and bureaucratic obstacles. Renegotiating the mining contracts must be one of the priorities on the current Chinese agenda.

China National Petroleum Corporation has also been awarded three Amu Darya basin exploratory blocks in Afghanistan’s 2011 license round. Those lie east of the city of Faizabad in northwestern Afghanistan. For a week now, the area has been controlled by the Taliban. Each of CNPC’s blocks contains one or more oil fields discovered in earlier years. A few years later, disputes over budgeting between CNPC and Afghan company, Watan Oil and Gas, have halted drilling and exploration. Therefore, many observers now see Chinese diplomatic comments about the Taliban as an opportunity for China to restore its paused energy projects.

Moreover, stability in Afghanistan will help China enhance its influence in the region. Firstly, American forces will now be pushed away from Chinese borders. Secondly, if they make a civilized deal with the Taliban and the insurgents stick to their words, China may greatly increase its energy production strengthening the position of global power. It’s no wonder that Chinese officials are hopeful about future cooperation.

China hopes the Afghan Taliban can unite with other political parties and with all ethnic groups and build a political framework in keeping with national conditions that is broadly inclusive and will lay the foundation for enduring peace
Hua Chunying, Foreign Ministry spokeswoman

Other countries remain cautious to make any comments about possible economic ties with Afghanistan under the new Taliban rule. For example, India that signed the Strategic Partnership Agreement with the Islamic Republic of Afghanistan in 2011 and invested over $3 billion in infrastructure projects across all provinces in the country, has now closed all its consulates and evacuated embassy personnel from Kabul. A bit earlier, Indian authorities also withdrew all professionals working on hundreds of development projects in Afghanistan’s 34 provinces.

Although Taliban spokesman Suhail Shaheen claimed India was welcome to complete the projects it had started for the people of Afghanistan, New Delhi is yet indecisive to restore the partnership ties. Apparently, the country doesn’t fully believe in the security of such cooperation as ungoverned spaces in Afghanistan are still being used by terrorist groups. Fuurthermore, the country has historically tense relations and border disputes with Pakistan and China that are expected to play a crucial role in Afghanistan’s future now.

Nevertheless, many Indian officials believe some talks with the Taliban should take place, considering heavy investment costs in Afghan infrastructure.

Whether or not India recognises Taliban, the government should have to open channels of communication with them. All international and security experts have said that talks should have been done. But, for last seven years Central government has failed to read what is happening
All India Majlis-e-Ittehadul Muslimeen (AIMIM) Chief Asaduddin Owaisi