Today, we have prepared a compilation of the most curious facts regarding the indestructible INR 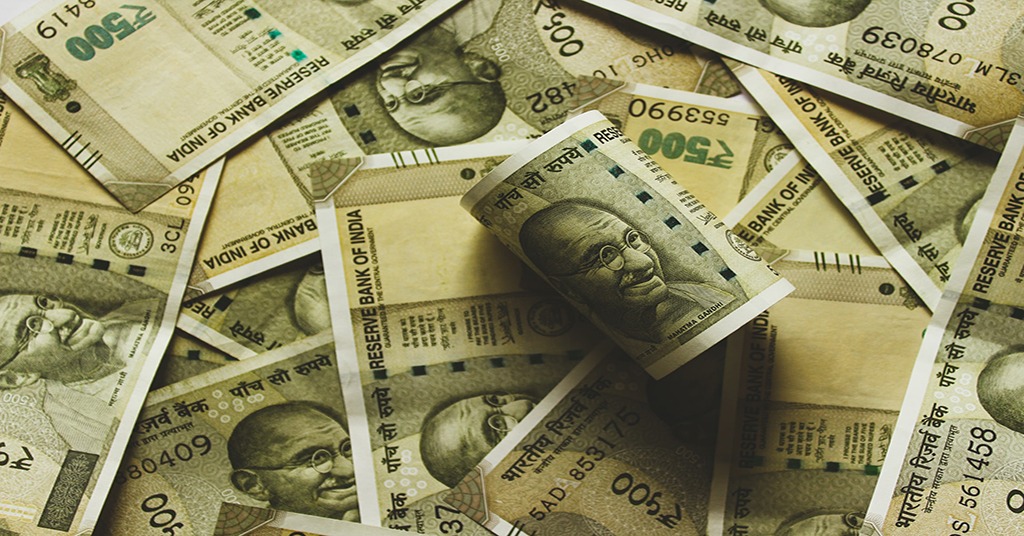 The official currency of India  – the Indian rupee (INR) – remained one of the best-performing Asian currencies in 2020 despite the most stringent lockdowns introduced by the national government amidst the pandemic. Furthermore, the rupee has advanced 1.3% this March, becoming the only currency in Asia to strengthen amid this month’s crash in risk assets.

1. Rupee had no symbolic representation until 2010

The Indian Rupee official symbol  ₹ was designed by the Indian academic and designer Udaya Kumar. It was adopted only in 2010, after an open competition among Indian residents. During the contest, thousands of concept entries were received by the Ministry of Finance. The winning proposal was chosen as the one that typifies India’s international identity for money transactions and economic strength. The design philosophy of the symbol unites the traditional Indian Devanagari script and internationally accepted Latin script. The designer used the Devanagari letter ‘Ra’ and the Roman capital letter ‘R’ found at the beginning of the word Rupiah in Hindi and Rupees in English. Thus, the rupee sign bridges the gap between cultures giving it a universal identity.

The word ‘rupee’ derives from the Sanskrit word “rupyah”, literally meaning “shaped silver” which essentially is what a silver coin is. Therefore, it’s a very popular currency name in Asia. Rupee is the common name for the currencies of India, Indonesia, the Maldives, Mauritius, Nepal, Pakistan, Seychelles, and Sri Lanka, and of former currencies of Afghanistan, all Arab states of the Persian Gulf (as the Gulf rupee), British East Africa, Burma, German East Africa, the Trucial States, and Tibet. Historians believe that the turning point for the Indian currency occurred during the rule of Sher Shah Suri, the founder of the Suri Empire, who issued a silver coin named rupiya, equivalent to 40 copper pieces. It has remained the standard currency for a few centuries before paper money was introduced in India under the British colonial government.

3. INR is among the top 10 most counterfeited currencies of the world

The Financial Action Task Force (FATF) report of 2013 found that the Indian rupee was the ninth most counterfeited currency in terms of its value and stood third in terms of the number of fake notes detected around the world. To prevent fraud, the Reserve Bank of India has continuously changed and updated the rupee notes with new security features such as a security thread, watermarks, micro-lettering, latent images, identification intaglio mark, and intaglio printing, color-changing ink, see-through register, and fluorescence.

Back in 2016, 86% of the country’s currency was pronounced invalid overnight in a bold move aimed at suppressing ‘black’ money concealed from tax administrators, fake currency, shadow economy, and corruption. The efforts were also supposed to encourage the digitization of transactions. At the same time, new denomination banknotes were introduced. There were two ways in which the Indian public could exchange the demonetized cash. They could either swap the old currency for new currency (with daily limits applicable) or deposit the old cash in their bank accounts. Although almost 99% of Rs 1,000 and Rs 500 notes withdrawn by demonetization were returned to the central bank by the end of June 2017, about 89 million of the 6.7 billion Rs 1,000 notes in existence were not deposited following demonetization and still remain in circulation.

5. Fake rupees are on the rise now

Recent reports of the National Crime Records Bureau (NCRB) reveal that in terms of value, Rs 2,000 banknotes comprised 56% of all fake currency seized in India after demonetization (i.e. in 2017 and 2018). Since the introduction of Rs 2,000 notes in November 2016, Gujarat has emerged as the hub for their counterfeit production, followed by West Bengal, Tamil Nadu, and Uttar Pradesh. Therefore, ₹ 2,000 currency notes were not printed at all in 2019-20 and their circulation has declined over years.

This year, numerous mass media claimed that the Reserve Bank of India (RBI) had decided to ban ₹ 5, ₹ 10, and ₹ 100 notes and these would not be acceptable from March 2021. However, the RBI has denied the reports. The rumors may have been triggered by new-look currency notes in the denominations of ₹ 10, ₹ 50, and ₹ 200 issued in 2018 and new lavender-colored ₹ 100 currency notes. However, the RBI asserted at the time that all ₹ 100 currency notes issued earlier would also continue to be legal tender.

According to Section 24 of the Reserve Bank of India Act, 1934, banknotes shall not exceed a denominational value of ten thousand rupees. Although currently 2000-rupees worth is the top limit for one note, that wasn’t always the case. The highest denomination INR note ever printed by the Reserve Bank of India was the ₹10,000 note in 1938 which was demonetized in January 1946. The ₹10,000 was again introduced in 1954. These notes were demonetized in 1978.

9. One rupee differs from all other rupee banknotes

In 2020, the Government of India introduced new currency notes in one rupee denomination. These notes are printed by the Ministry of Finance, unlike the other denomination notes printed by the Reserve Bank of India (RBI). Whereas all other INR notes have the RBI governor’s signature, the Rs 1 note is signed by the finance secretary as a testimony that it is the base unit of the currency system and an “asset” of the government. It has no “I promise to pay the bearer” inscription since its value is held basically similar to precious-metal coins. The newly introduced design features the ‘ ₹’ symbol with the representation of grains, which depict the agricultural dominance of the country.

The old one-rupee notes cost more than they denominated. Printing of these notes was first stopped in 1926, then restarted in 1940, and continued until 1994, when it was stopped due to cost-cutting measures to resume again in 2015. It was estimated that printing one rupee note incurred expenses of Rs 1.14, more than its actual value. Moreover, the cost of manufacturing a one-rupee coin is Rs 1.11, which also exceeds its fiat worth.

Other INR notes also cost more than one rupee. For instance, printing 200 and 500 rupees notes takes Rs 2.93-2.94, whereas one 2000-rupees note would cost about 3.54. The printing of notes in the denominations of ₹2 and ₹5 has currently been discontinued and these denominations have been coined as the cost of printing and servicing these banknotes was not adequate compared to their life-term.