Washington’s lend-lease: what price will Ukraine pay for American help?

What’s the real price for the generous military and humanitarian aid? 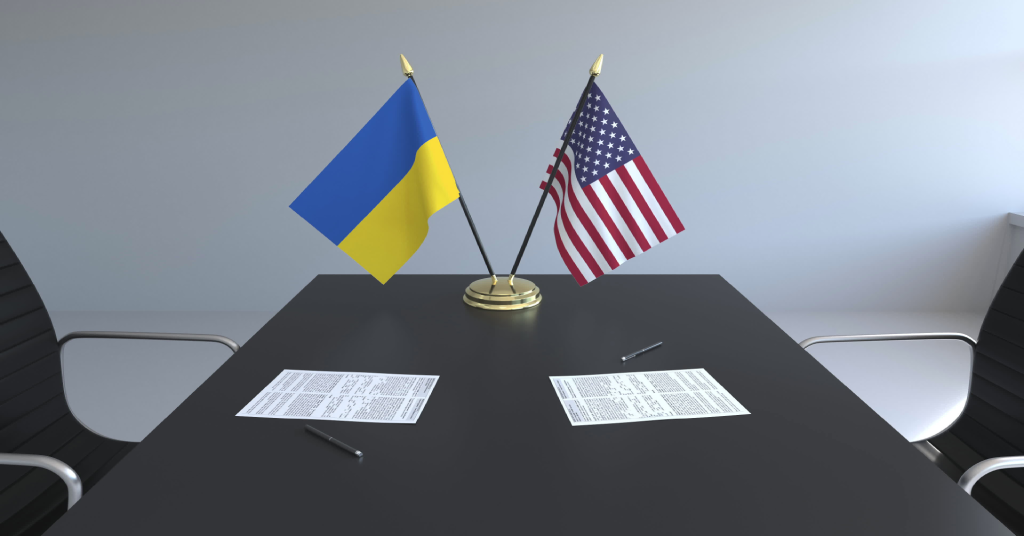 The historic Lend-Lease Act approved by the US congress in 1941 was crucial to the victory of the allied states against fascism in WWII. This year, the world witnessed the second lend-lease signed by President Joe Biden to help Ukraine withstand the Russian invasion. Russian propaganda mocks the bill, claiming it to be the way the US can get Ukrainian land, minerals, and fossil fuels.

The Ukraine Democracy Defense Lend-Lease Act of 2022 was symbolically signed into law on May 9th – the same date in 1945 marks the end of WWII in Europe. The bill eases some of the bureaucratic requirements so that the US may lend or lease military equipment to Kyiv faster and more efficiently. It is not a secret that such aid is vital for Ukraine which is fighting to protect its sovereignty and the lives of its citizens against the overwhelming enemy forces. In addition to the defence means, the USA might supply Ukraine with fuel, products, and other essentials within the same legal framework.

The US government has sent multiple arms packages to boost Ukraine’s defence before the Act too. However, the Lend-Lease lifts some of the legal limitations such as the five-year limit on the duration of the loan, the ability of the USA to return the borrowed equipment at any time, or the requirement that receiving countries must pay all costs incurred by the United States in leasing the defence equipment. Besides, the new law includes the ability to assist other Eastern European countries in case Russian military aggression spreads further as their propagandists threaten.

Under the current American law governing the military leasing programs, the president must formally declare that the equipment subject to a loan is not required for US military use. It also makes the recipient country fully financially liable for any costs incurred, including reimbursement for the damaged or destroyed items. The Ukraine Democracy Defense Lend-Lease Act of 2022 exempts Ukraine and neighbouring countries from these and several other requirements mandated under the existing law.

The first batch of aid after the Lend-Lease signature equals $40 billion, however, not all of this amount goes to Ukraine. The package provides $19 billion for immediate military support to Ukraine (with $9 billion aimed at replenishing US weapons stocks), $3.9 billion to sustain U.S. forces deployed to Europe, about $16 billion for economic support to Ukraine, global humanitarian relief, and a wide variety of international programs as well as $2 billion for long-term support to NATO allies and DOD modernisation programs.

Therefore, only $10 billion goes directly to the near-term military aid (training, equipment, weapons, logistic support, supplies and services, salaries and stipends, sustainment, and intelligence support to the military and national security forces of Ukraine). The $4 billion Foreign Military Financing Program, run by the Department of State, will allow Ukraine and other countries to buy new military equipment, not just get items from existing stocks.

However, this initiative is rather long-term since creating a new weapon system is a lengthy process. Even smaller items need months to produce. The fresh support round is the sixth US aid package since the war began and it will cover Ukraine-related expenditure up to September 30, the end of the fiscal year.

Under the Act, Ukraine can request streamlined transfers of much-needed US weapons, ammunition, and other security assistance. The assistance plan is valid since the bill has come into law through the fiscal year 2023. The USA, in its turn, will get formal guarantees that the country will replace or reimburse the leased assets at a later date.

If we draw historic parallels, the USSR began paying off its debts only in 1972 and didn’t manage to make a full repayment until its dissolution. Besides, military equipment destroyed during the war did not have to be returned or reimbursed. The country paid only for those units that remained functional. The military aid provided to the UK was exchanged for 99-year leases on British bases in the Caribbean and Newfoundland. The repayment for the equipment surviving the war but still needed could have come in any form found satisfactory by the lender. Besides, the US and Canada gave the UK additional loans for the restoration of the destroyed economy, which the British government paid off in 2006.

The original 1941 Lend-Lease defined settlement as “payment or repayment in kind of property, or any other direct or indirect benefit which the President deems satisfactory.” Its modern version states that “any loan or lease of defence articles to the Government of Ukraine shall be subject to all applicable laws concerning the return of and reimbursement and repayment for defence articles loaned or leased to foreign governments.” According to these laws, undamaged defence articles could be returned, whereas repayment is made in USD (not property or other benefits).

The exact repayment amount is as yet unknown, but many concerns already arise as to the ability of the war-torn country to pay back. It is expected that Ukraine will experience an economic recession as the war goes on, and it will need billions of dollars to rebuild the destroyed infrastructure. For Ukraine to be able to pay for the lease of weapons too, the United States plans to give it Russian assets blocked in the West.

So far, the US and its European allies have frozen $30 billion of assets held by wealthy individuals linked to Vladimir Putin, including yachts, helicopters, real estate and art, according to the Biden administration.

Besides, roughly half of Russia’s gold and foreign currency reserves, which total $640 billion, are frozen by US banks. In response, Russia announced it would confiscate Russian property owned by Westerners. However, most Western owners have already sold their Russian stakes or shuttered their businesses. Thus, it’s unclear which assets Russian authorities are talking about.

Another factor that may contribute to Ukraine successfully paying the lease is the pledge of various countries across the globe to finance the restoration of its de-occupied territories. For example, the United Kingdom has agreed to take care of the restoration of the Kyiv region.

Denmark took Mykolayiv under its patronage and Greece is ready to help Odesa. Ukraine also hopes to receive grants and soft loans from Western countries and international organisations which would help to restore the infrastructure without draining the national budget.

With this aim, Ukraine has created an online platform of the United24 Recovery Fund that will allow the consolidation of assistance from financial institutions, partner countries and other sources.