Home > STOP RUSSIA! > Who is winning: Russia or Ukraine?

Who is winning: Russia or Ukraine? 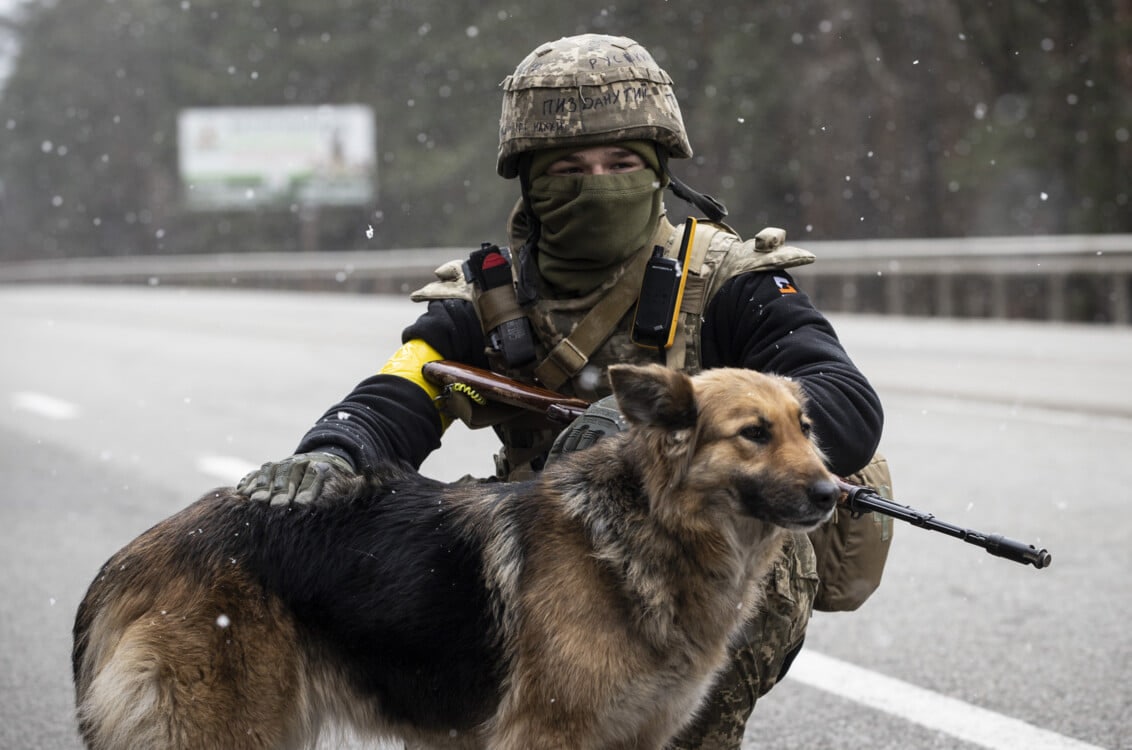 Who is winning: Russia or Ukraine? Source: war.ukraine.com

The whole world is anxiously watching how the Russian-Ukrainian war unfolds. While some countries are actively offering their support to Ukraine, others cautiously remain neutral.

To begin with, you must understand that the statistical data provided by the two sides of this military conflict differs drastically. All numbers are approximate and cannot be verified by third-party sources, at least until the end of the war. However, even the scarce available data can show a general picture.

According to the General Staff of the Armed Forces of Ukraine, Russia has already lost 17,300 army personnel as of March 30. The number of wounded combatants is not given.

At the same time, Russian officials claim that only 1351 of their soldiers and officers died within this month and 3825 were wounded. This number should be treated with much scepticism, as even a “conservative” estimate from the US intelligence officials concluded that more than 7,000 Russian soldiers had been killed in fighting in Ukraine as of last week. The three-week death toll exceeds the official losses among Russian servicemen for the two years of the first Chechen war, which is remembered as a particularly brutal military campaign.

Meanwhile, NATO estimates that up to 40,000 Russian troops have been killed, injured, captured or gone missing during the first month of the Kremlin’s war. Of those, between 7,000 and 15,000 Russian troops have died. Even the conservative side of the estimate is greater than the number of American troops killed over 20 years in Iraq and Afghanistan combined. Moreover, if the maximum estimate is correct, the losses of Russian troops for a single month equal the official death toll of the USSR army for the entire ten years in Afghanistan.

YOU MAY BE ALSO INTERESTED IN: ‘Russian soldiers told me to proceed to the yard and then surrounded me’ – testimony of PaySpace Magazine COO Volodymyr Sklyarov

Ukrainian officials are also secretive about its war losses as this information would be helpful to the enemy. The last number announced was 1300 lost soldiers as of March 12. At the same time, in early March, the US estimated that about 2,000-4,000 Ukrainian troops had been killed. Russia, on the other hand, claims that the Ukrainian army has lost over 14,000 troops and 16,000 military personnel have been wounded.

While both sides may be underestimating their own losses and overestimating the enemy casualties, there are a few indicators that the numbers provided by Western analysts and Ukrainian officials are much closer to the truth than the data given by the Russian government. Moreover, most analysts agree the Kremlin’s “special operation” isn’t going as planned. 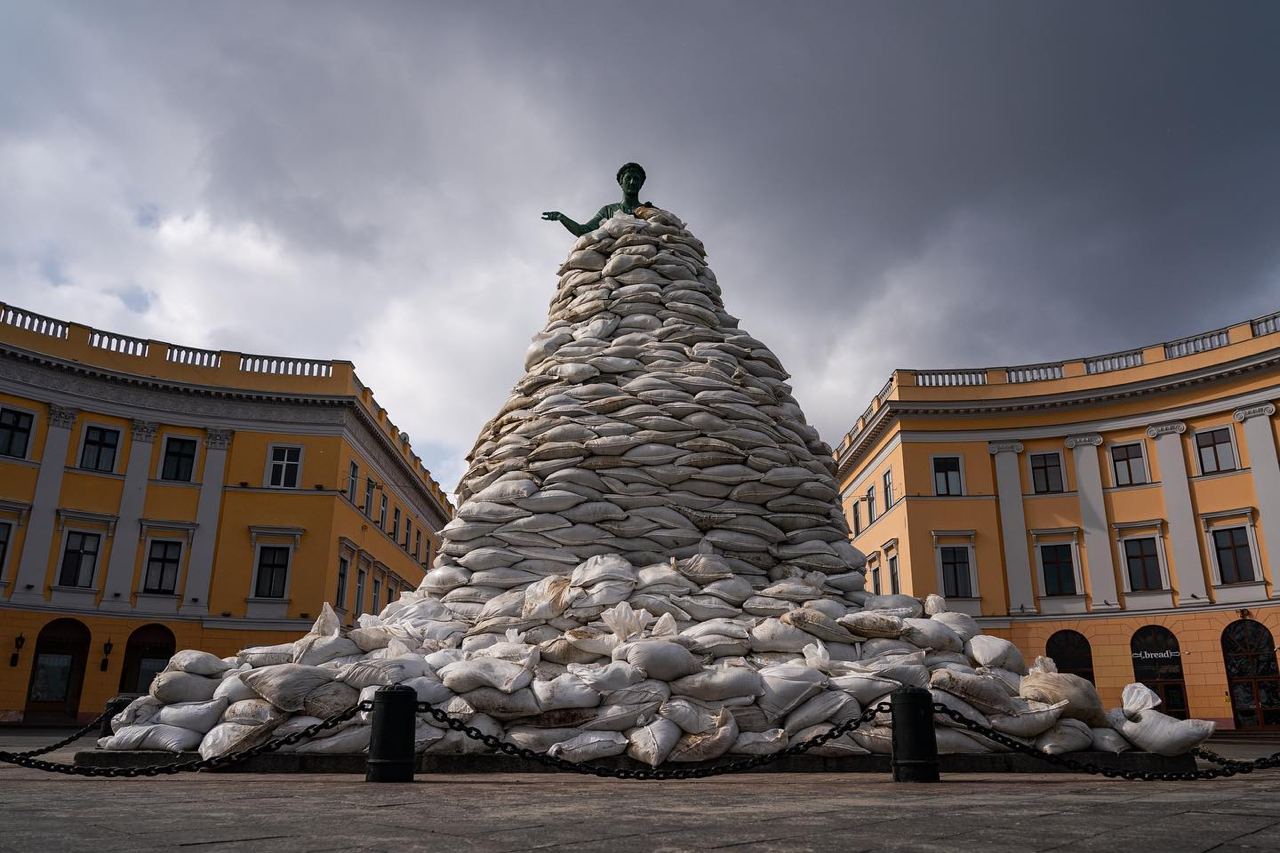 Residents of Odesa are trying to save the monument of the Duke Richelieu from Russian attacks, March 2022. Source: Salwan Georges (war.ukraine.ua)

Why Russia may be failing

At first glance, the Russian regular army greatly outnumbers the Ukrainian one (900,000 vs 255,000 troops). According to the global military rating, the Russian army ranks 2nd, while Ukraine occupies 22nd place. Thus, many people were surprised to see a decent military rebuff in such uneven conditions.

In the course of the ongoing war, the rhetoric of Russian propagandists and allies has significantly changed. For instance, in early February Putin’s main ally, Belarusian President Lukashenko claimed Ukraine wouldn’t be able to fight Belarus or Russia. In his words, if it would, the war would last not more than 4 days and end with Ukraine’s loss. Late March, famous Russian propagandist Vladimir Soloviev sadly admitted “There’s no quick solution. We’re opposed by the second army in Europe after our own.” This clear exaggeration shows that the aggressor state may have underestimated the opponent before, but is now taking the Ukrainian Armed Forces seriously.

Per some reports, a dozen of Russia’s high-ranking commanders have died in the war, including several generals (although Russia has admitted only one deceased among the senior army commanders). The presence of senior leaders on the battlefield is characteristic for the Russian military strategy. However, their loss is more significant than losses of hundreds of ordinary troops since Russian mid-level and junior officers aren’t empowered with leadership initiatives. Hence, in the absence of the high-rank commanders, the troops they led would be disorganised for a while.

Along with poor logistics and sustainment issues, loss of commanders adds up to low morale among many Russian military units.

You know how important morale is to military effectiveness and cohesion. We certainly have indications that morale is a growing problem inside the Russian forces that are fighting in Ukraine. We've seen increasing indications that morale and unit cohesion is a problem and yes, absolutely translates into potential military effectiveness issues
Pentagon Press Secretary John F. Kirby

Ukrainian Armed Forces, on the other hand, are highly-motivated to protect their motherland. Their military efforts are enhanced with local Territorial Defence Forces in all regions. Besides, they have generous support from local and foreign volunteers as well as the civil population who wish to stop the occupiers’ efforts with peaceful meetings.

Finally, from the first days of war, one could see Ukraine was attacked from all possible directions. One of the proclaimed goals of the war was “denazification” which in twisted Russian rhetoric means a change to the central authority. As the occupying troops storming the Kyiv region for 30+ days straight gained no success, Western analysts noticed an apparent shift of the strategy.

The Pentagon officials claim that Russian forces around Kyiv seem to have stopped offensive operations toward the capital city and are currently taking defensive positions. It appears the aggressor is now prioritising offensive operations in the Donbas, the eastern part of the country, which apparently wasn’t the initial plan.

To fortify its positions, Russia is trying to bring in more troops currently located in other war zones like Georgia or Syria. However, renewed military tensions in parts of the world where Russian troops are involved in military operations would prevent amassing their presence in Ukraine.

For instance, Moscow has recently announced that soldiers from Azerbaijan have violated a peace deal with Armenia over the breakaway region of Nagorno-Karabakh. In addition, tension is growing on the Kuril Islands, where Russia is conducting military drills with more than 3,000 troops and hundreds of pieces of army equipment. This territory is still disputed with Japan after the Soviet Union seized the islands at the end of World War Two.

Besides their military failures, Russia is obviously losing the information war, unable to deceive the global leaders with phoney pretexts. The aggressor state is apparently also having a hard time trying to hide the true information about the ongoing war from its own population. Therefore, we see the banning of all liberal media sources and international social networks in Russia.

Why it’s not the time to relax

Nevertheless, all the small victories of the brave Ukrainian nation shouldn’t be a reason to sit back and wait for the quick doom of the Russian army. The occupying troops are a Hydra with many heads. Even if you cut one, there are numerous vicious plans Russian officials have in store.

Thus, frequent make-believe news stories of laboratories developing biological weapons in Ukraine hint that Russia may be prepared to use chemical weapons or biological warfare itself.

Besides, Russian military capabilities in the air far outstrip the air defence systems in Ukrainian possession. That’s why #CloseTheSky appeal remains the top priority for the safety of the Ukrainian civil population. Although there are many talks around providing planes or air defence equipment to Ukraine, so far the conversations on this topic are futile.

Meanwhile, 1,100 missiles of all kinds had been launched by Russia since the invasion started. Every day, the count grows enormously. On March 26 alone, over 70 missiles were directed at Ukrainian territory. Some of them were launched from a locale near the Belarus-Poland border at the time when President of the United States, Joe Biden was in Warsaw on an official visit.

Besides, there’s still a chance that Belarus troops now taking the awaiting position may soon join Russia in its invasion of Ukraine. It is increasingly “likely” that Belarus will enter the conflict, a NATO military official said to CNN. An anonymous Belarusian opposition source stated that Belarusian combat units are ready to go into Ukraine possibly within the next few days, with thousands of forces prepared to deploy. If Belarus gets involved, it would mean not only more manpower for the aggressor army but also a chance for Russia to cut off NATO military aid coming into Ukraine from its Western border. 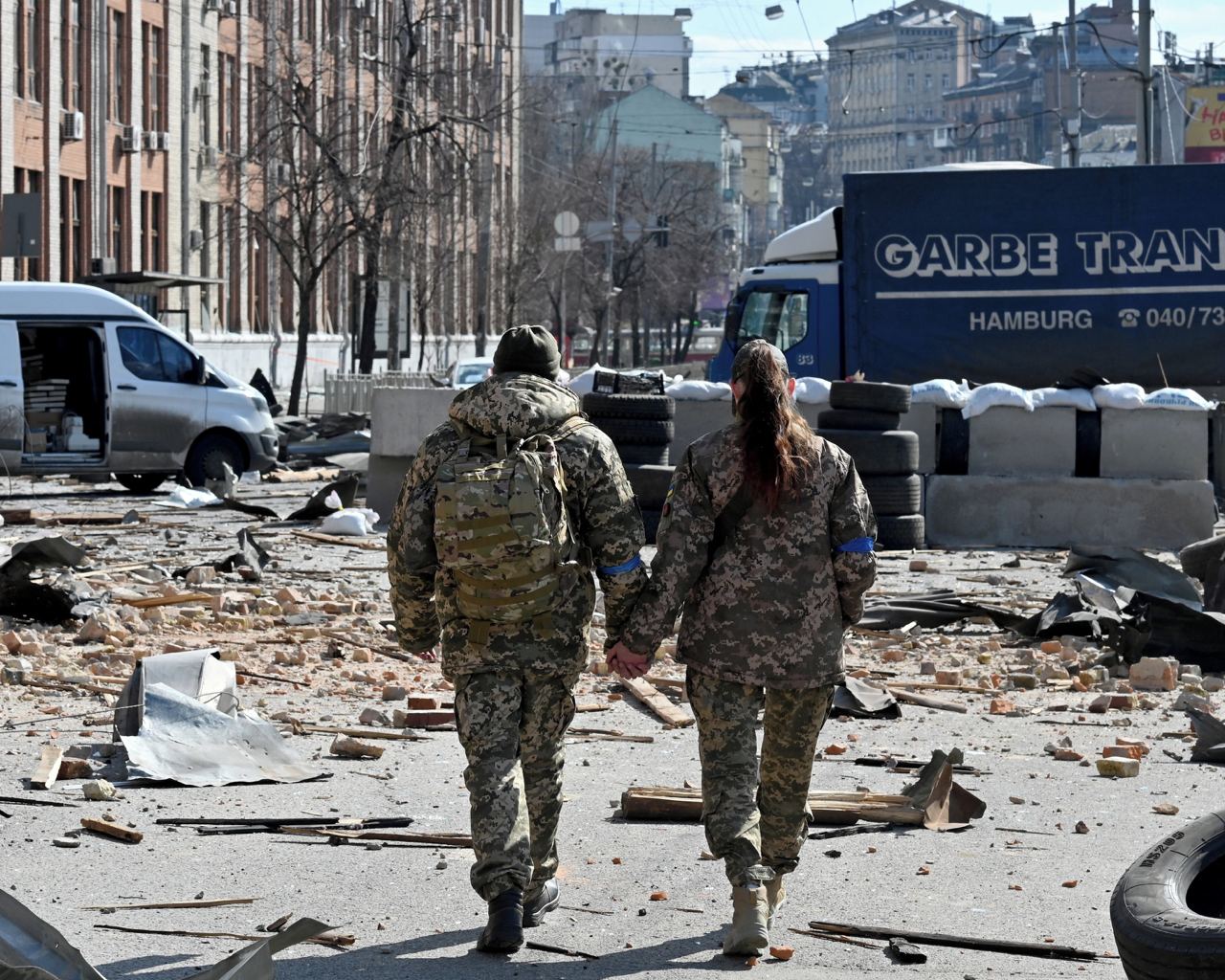