Home > Metaverse > Does no one care about metaverse anymore?

Does no one care about metaverse anymore?

October 2021, Mark Zuckerberg, co-founder and CEO of Facebook, announced the re-naming of his company into “Meta” and following the new name, a shift in the company’s main goals and focus: “From now on, we’ll be metaverse first, not Facebook first.”

In his vision, mankind will migrate into the metaverse in the future, leaving reality behind for a world that we create and govern entirely. By highlighting its utmost importance, the tech giant showed the world how much he believes in the metaverse and its future, so that everybody else believed it too.

After that announcement, the hype around metaverse and anything related to it (NFTs, cryptocurrency, blockchain technology etc.) has skyrocketed, the world has been just crazy about it. This interest was not groundless since Bloomberg Intelligence described the metaverse as an “$800 billion market opportunity.”

But what has changed since? In 2022 global search rates suggest that interest in the metaverse and NFT has significantly dropped. Google Trends shows that since January 2022 the search volume of the keyword “metaverse” has been steadily decreasing. 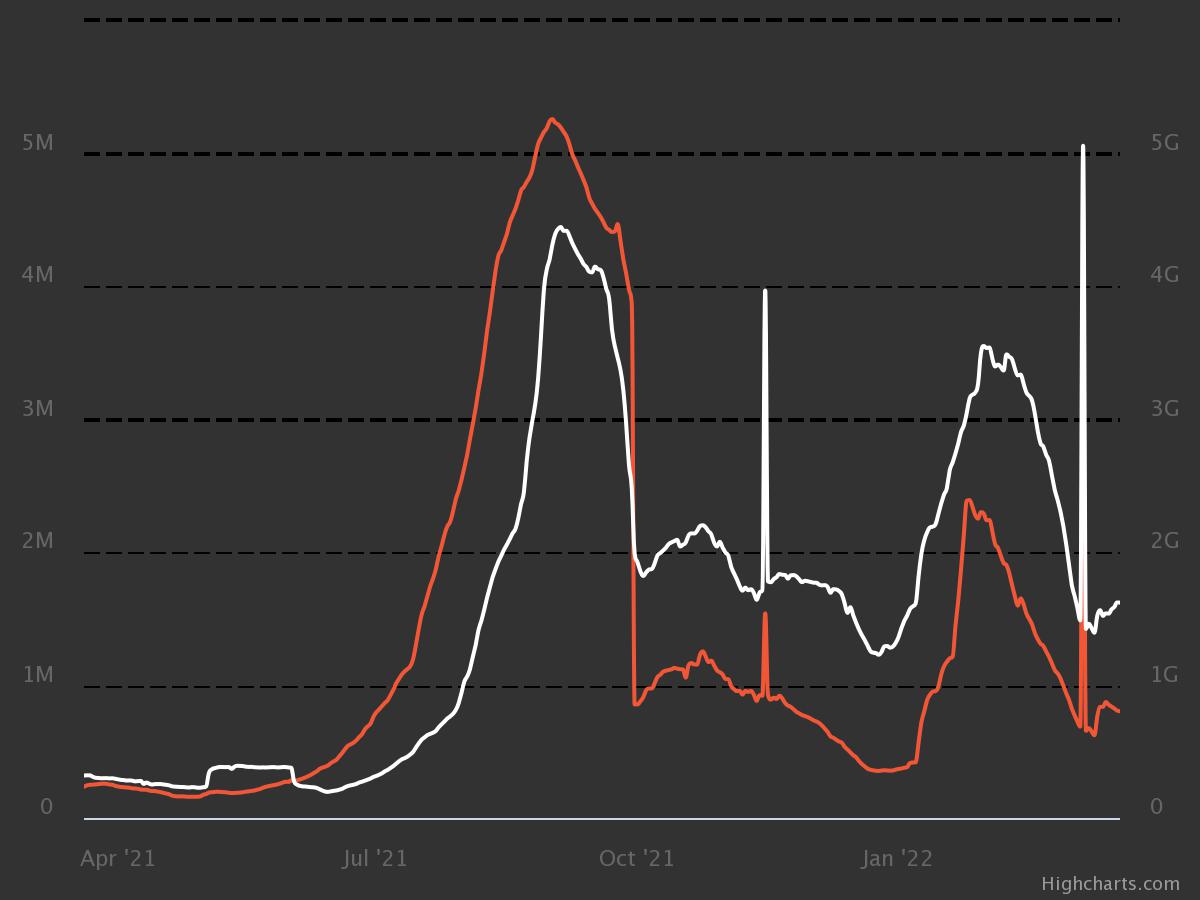 Statistics by Non-Fungible show that the number of NFT sales has also declined. While in September 2021 the number of sales could reach over 5 million sales per month, in March 2022 this number does not reach even 1 million daily (except for the sales outburst on March 7th).

The most obvious reason for such a decline is Russia’s war against Ukraine causing a major financial disruption to the whole world. Another reason might be that metaverse is in its first stages of development and that’s why the majority of people are struggling to understand how it works.

Even in Zuckerberg’s introductory video to his metaverse, he joins a virtual meeting and uses a bunch of features available in his vision of this virtual reality, but it’s unclear how many of the other people participating in the meeting are joining and how exactly he does what he does. You might guess that it’s through VR headsets, but even when owning one you can’t yet perform any of the things Zuckerberg does in this video.