NFC is rather a desirable perk, and not necessarily every latest smartphone has it. However, NFC is handy, and there is no sense in depriving yourself of convenience. During 2017-2018, contactless payments entered the lives of people all over the world, and purchasers warmly welcomed all the advantages of an option to pay for goods and services with a mobile phone.

PaySpace Magazine has decided to figure out which NFC devices on today’s market are noteworthy. 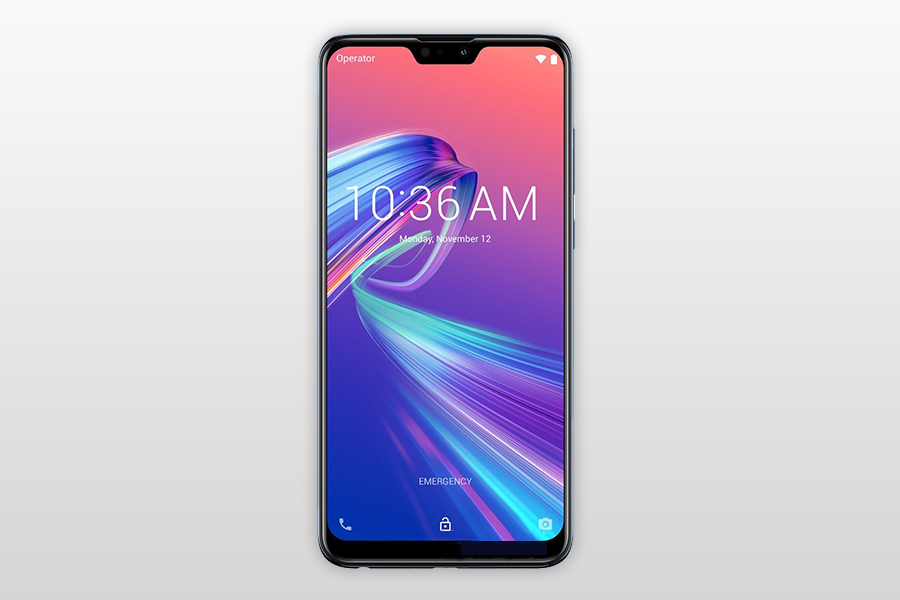 This device is considered to be one of the best options if we are talking about the price/quality ratio. It is based on the Snapdragon 660 processor, a high-quality IPS-screen with the best-tempered glass screen protector Gorilla Glass 6. But the main perk is the 5000 mAh battery, which guarantees this gadget will “live” for a really long time. The camera is a decent one. Nevertheless, do not expect miracles, especially if you want low-light photography.

The smartphone, apparently, has NFC, an extra slot for a memory card, and an audio jack. There are several disadvantages: lack of fast charging option, and Wi-Fi 802.11 b/g/n (without AC), which is not able to connect to 5 GHz networks. 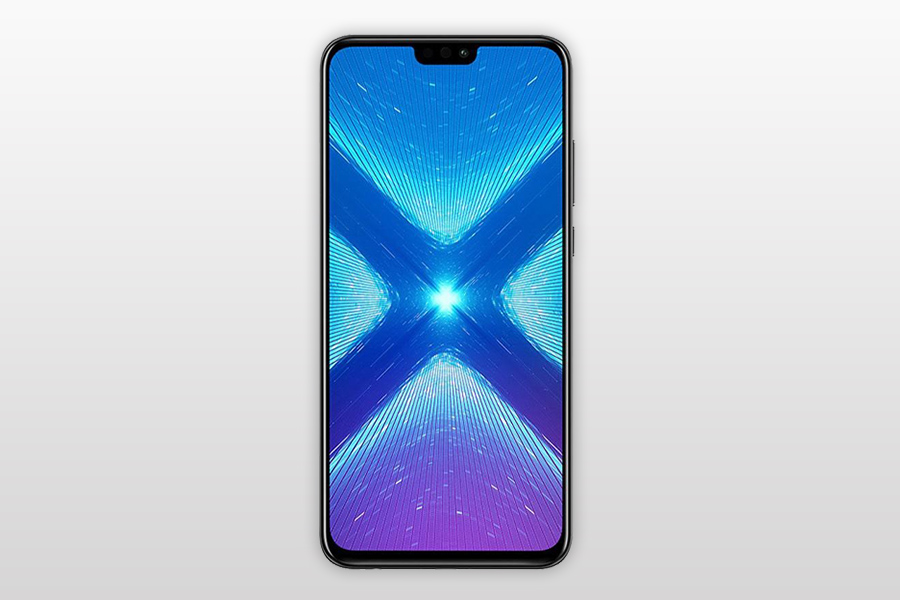 Although it was released in 2018, the device still remains one of the best in this sector. This is a large phone with a 6.5-inch screen, so it is not the best option for those who are looking for a compact ergonomic smartphone.

Let’s take a look inside. There is a mediocre, still good, Kirin 710 processor, which is worse in terms of performance than the Snapdragon 660 (like in the Asus we mentioned above), but it guarantees stable operation and even runs most of the latest games. The cameras are excellent for their class. Of course, there is nothing outstanding there if you compare these with flagship models, but they give one of the best performances in this price bracket.

The phone is endowed with NFC and Wi-Fi a/b/g/n/ac, so it works great with 5 GHz networks, which is an advantage (compared to the Asus Zenfone). The lack of a fast-charging option is one of its biggest disadvantages. 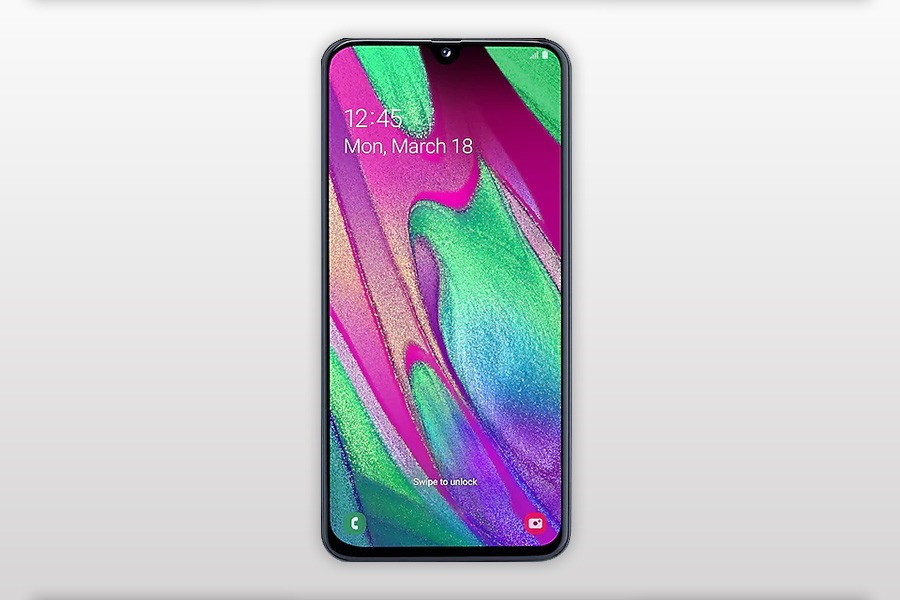 The Korean giant Samsung confidently entered the market with a new series of Galaxy A smartphones. Galaxy A50 seemed to be the most popular model, but it costs a bit more than Galaxy A40, so the majority of Samsung fans preferred the latter.

There is a 5.9-inch AMOLED screen, an Exynos 7885 processor, two rear cameras: the usual 16MP f/1.7 + 5MP f/2.2 depth sensor for blurring backgrounds for a fancy portrait effect. It is endowed with a 3100 mAh battery, and a fast charge option. It also has NFC, USB Type-C, and its Wi-Fi module connects to 5 GHz networks.

Most Samsung Galaxy A40 owners are not very happy with the quality of the camera, particularly with low-light shooting, therefore the Galaxy A40 is not the best solution if the camera is the priority. 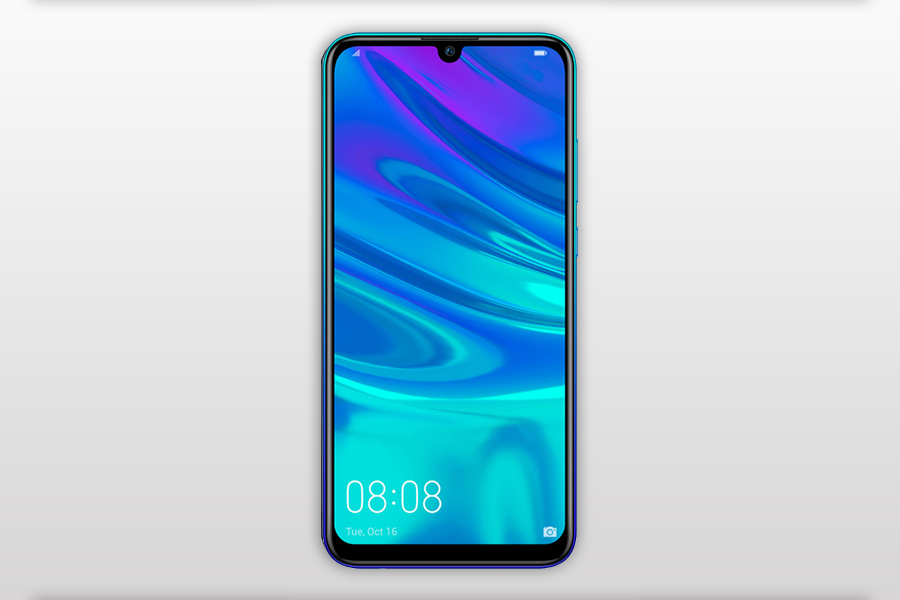 This model has been one of the most popular phones in 2019 so far. It has the same processor as the Honor 8X (Kirin 710), a good IPS-matrix, a 6.21-inch screen, and a sleek design. Its 3400 mAh battery life can be optimized through a host of power-saving options.

The phone has NFC, Wi-Fi ac (working with 5 GHz networks), but there is no fast charging option, and the charging connector is micro USB. Regardless, the Huawei P Smart 2019 May is one of the best devices of May 2019, considering the presence of NFC and its price. 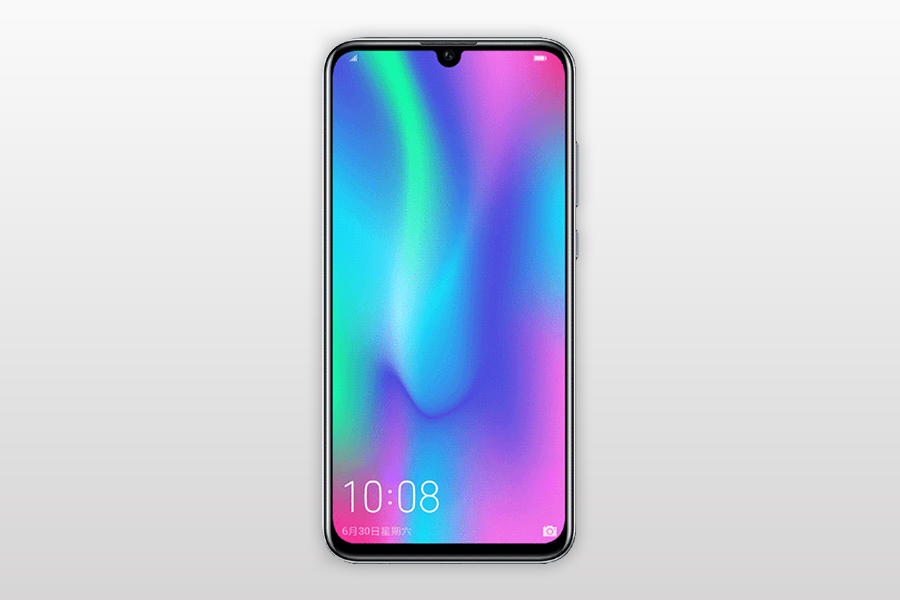 This device is pretty similar to Huawei P Smart 2019, but its front camera seems to be a little more advanced. There are no other serious differences: the same Kirin 710 processor, 6.21” IPS display, and 3400 mAh battery. There is no quick charge option, and the connector is a micro USB. This phone is obviously NFC-enabled since it is the main issue of this review. In case you didn’t know, Honor is a sub-brand belonging to Huawei, so it’s hard to say why this Chinese giant has released two almost identical devices (Huawei P Smart and Honor 10 Lite). Anyway, it is straightforward. 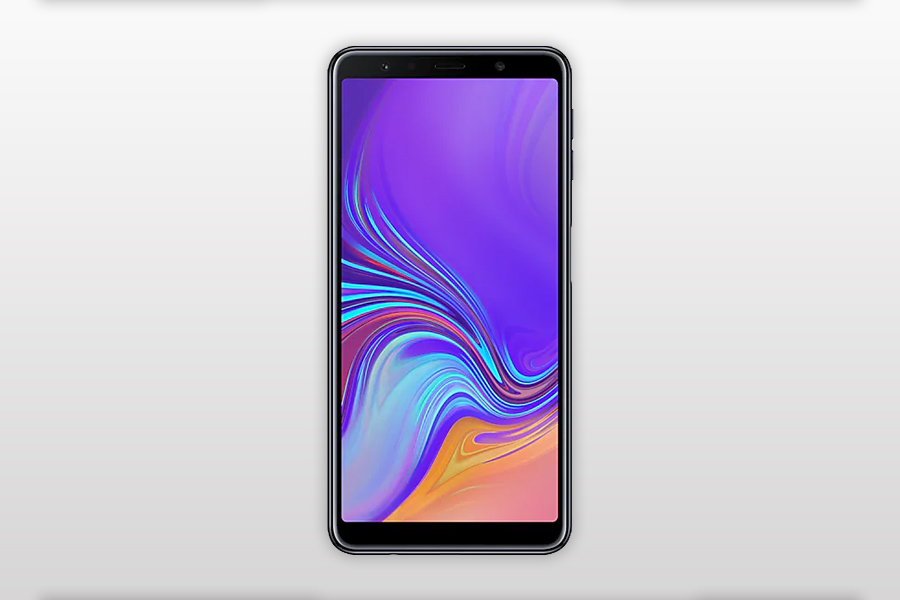 This is not the latest smartphone, however, it totally worth its price. It is endowed with a cool AMOLED screen, and Exynos 7885 processor.

It also has two cameras 24MP + 8MP respectively. You could say it has three cameras, and it would be true, but the thing is, the third camera is a depth-sensing one, and it does not take part in shooting per se. The battery has a capacity of 3300 mAh, and there is no fast charging option, while the connector is micro USB 2.0. Of course, it is NFC-enabled. Even though there are two cameras here, users complain about poor low-light camera performance. On the other hand, the smartphone takes good pictures during the day, like any other device in the segment.

However, if we are not talking about the price/quality ratio here, and you are willing to pay extra bucks, then you may consider these options: 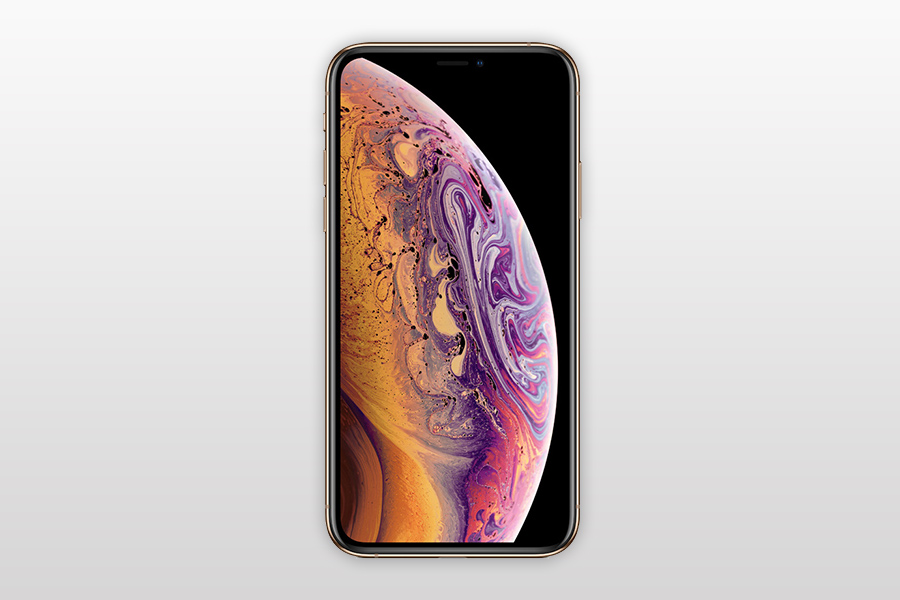 This model can be called the older version of the iPhone Xs. It was endowed with a large 6.5-inch FullView-display and stylish housing, which, however, is similar to the younger model (iPhone Xs).

The iPhone Xs model, in turn, is an improved version of iPhone X. For example, it had a new body shade, and the glass has been made even stronger. The cameras are the same kind as in the iPhone X, although some small changes were made, and now they shoot even better.

In terms of productivity and quality, iPhone Xs Max is a king. 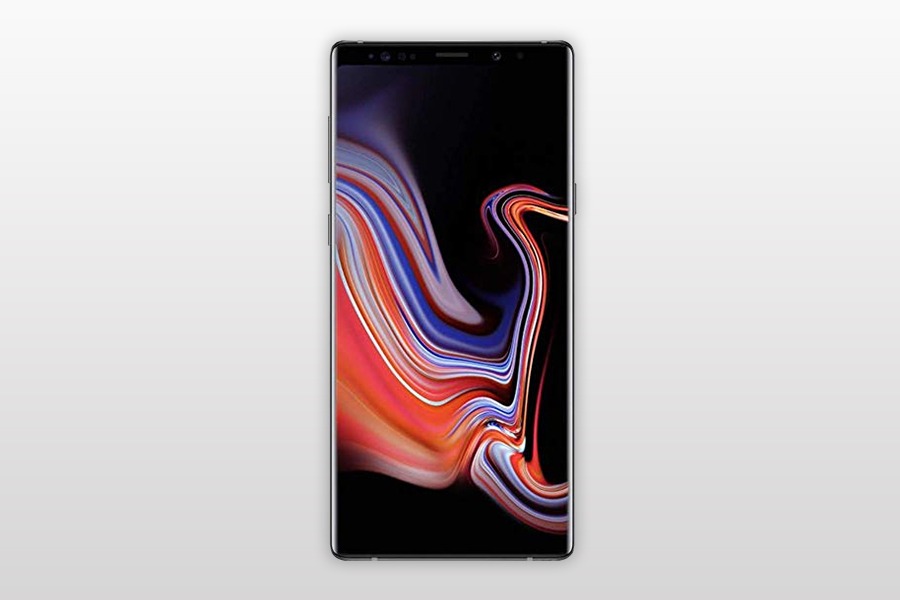 The Galaxy Note 9, apparently, has NFC on board and also supports Samsung Pay. It is not a cheap device, but owners of this model have said it is totally worth every penny you pay for it. Actually, it is one of the best smartphones you can find on today’s market.

It has a large 6.4-inch display with QHD+ resolution and is powered by the Snapdragon 845 or Exynos 9810 chipset (depending on region). It is also endowed with a dual 12MP rear camera setup that has dual-aperture technology and can record Super Slow Mo videos. Talking about housing and design, the smartphone looks pretty similar to its predecessor. However, a fingerprint scanner is located now below the cameras (not next to them). 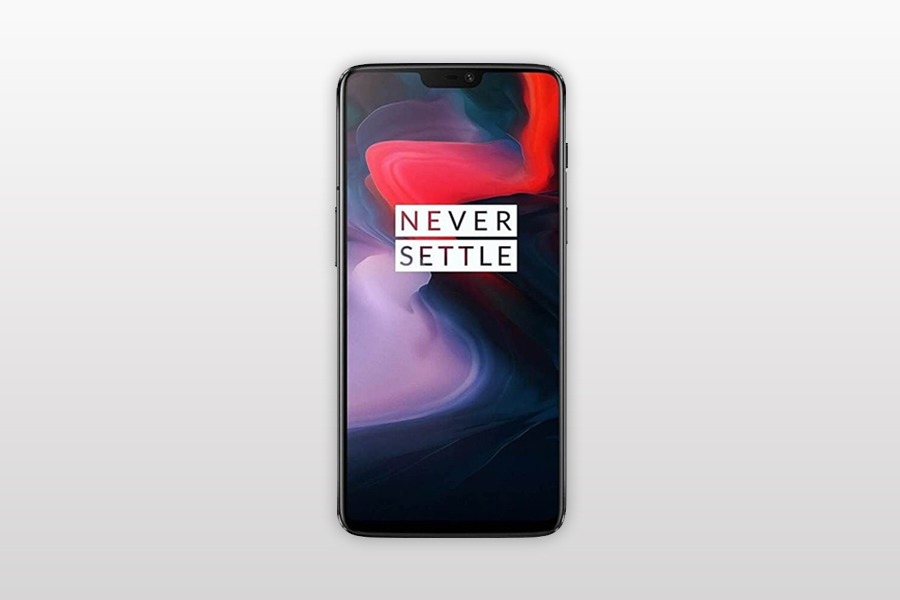 This smartphone is a real transitional model, the so-called “springboard” between cheap and expensive phones. On the one hand, it costs much more than any device listed above, while on the other, it is still considerably cheaper than flagship devices.

OnePlus 6 has a super powerful platform based on the Qualcomm Snapdragon 845 processor and 8 GB of RAM (specs can differ). OnePlus 6 will delight the customer with an excellent display, a stylish design, a truly fast charge option, decent cameras, and a separate button for its silent mode.

That’s why they call it the “flagship killer”.